We use cookies to provide you with a better experience. By continuing to browse the site you are agreeing to our use of cookies in accordance with our Cookie Policy.
Home » Meat business mentors

During challenging times, many small businesses struggle to last six years. So, when you find one that is now in its sixth generation, you’ve come upon something rare, indeed.

Owner Steve Williams had worked with an uncle, older brother and cousin at Clancy’s Butcher Shop in nearby Ellisville, Mo. His uncle started it after years of working at one-time hog processor Krey Packing, a leading shipper into the St. Louis market. But things changed when a meat processing legend named Norvin Kampschroeder put his business up for sale in Washington. 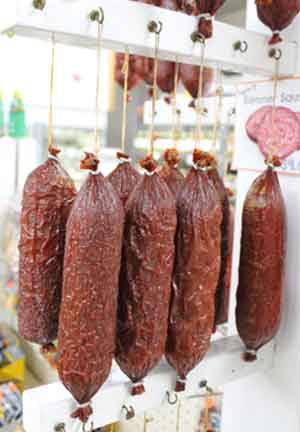 Kampschroeder, a tall, wiry curing master was famous for his award-winning products, including summer sausage, Krakow ham sausage, Thuringer and German bologna. He also served for over two decades as the secretary of the Missouri Association of Meat Processors (MAMP).

Williams explains that Kampschroeder had a small retail shop and a nearby custom plant where he did custom processing for local farmers and made fresh and cured meats for his retail store.

“He was only interested in selling the retail meat shop in 1982 and with my on-the-job training I had received at my uncle’s shop, I pretty much knew my way around cutting meat for customers,” he said. “Norv let me have his recipes for those four products and we still sell Norv’s Traditional Summer Sausage today. We kept his name on it and our retail store probably has hundreds of award plaques from state and regional competitions displayed. Those that Norv earned with his recipes are up there with ours. It’s part of our business and heritage as meat processors.

“I bought the business in September 1982, and the next spring Norv paid for my room at the MAMP convention. He taught me that we can all learn from each other and that started me attending any seminar or training event I could to find out how to improve products and manage a business. Years later, I became president of the Missouri Association and was elected for five years as a non-voting member of the Missouri Beef Council. Guess I’m still learning but know the importance of passing skills and knowledge on to others.”

A few years later, Williams purchased Kampschroeder’s USDA-inspected slaughter and processing plant, located about three blocks away. Land was obtained adjoining that property and a more modern plant erected. He calculates that although the distance between the two establishments is short, he would be a billionaire today if he only got a nickel a mile for driving back and forth between the two. 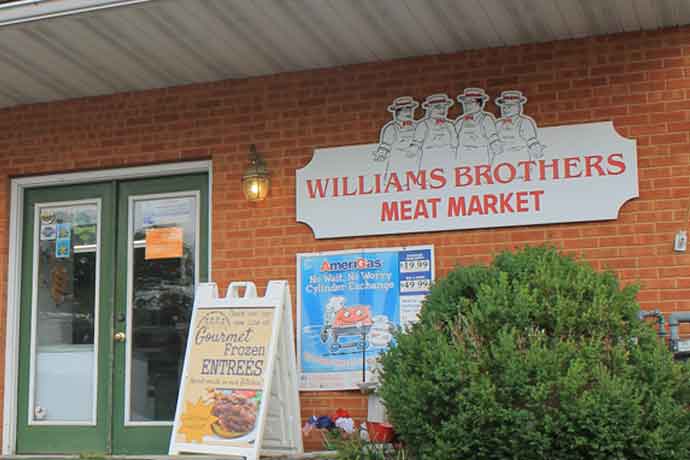 The company website, williamsbrothersmeats.com, displays another side of the business...catering.

“We actually had two catering crews that would go out, set up and deliver catered meals buffet style off premises,” Williams said. “COVID-19 hit and that forced us into more single-serving prepared meals or bulk quantities of ingredients, either hot, refrigerated or frozen. We do a lot of barbecue meats, lasagnas, as well as pulled pork, pulled chicken and beef items. They are complete meals to serve two or three people. We pack them in aluminum trays, wrap them in shrink stock and flash freeze them.

“If someone wants foods for catering 10 people they can call and we’ll have it ready for them when they get here. We even have a warmer system to keep it hot. If they want a catered meal for a very large gathering, they can order it a day or two out and we’ll be ready for their pickup – although about 99% of what we sell is frozen.”

The family business features a rotating daily selection of sandwiches and other hot foods to go and most recently has been touting its gourmet meals to go.

Williams says he is blessed with great family participation and outstanding employees in the business. 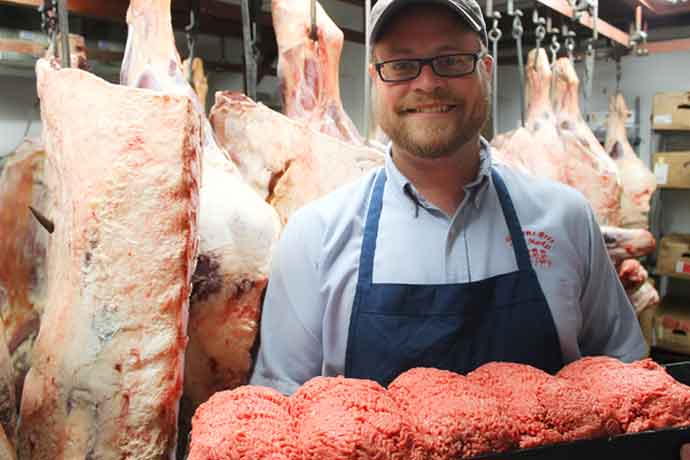 “We lost our brother Daniel in February of this year. He was an invaluable part of our family and our business. It was amazing to see how the family was there for us immediately after his passing and now – not only the full-time members of the Williams Brothers staff: my two other brothers, Chris and Brian; and my nephews and daughter, Dan Jr., Tim, and Mary Kate; but other members of the family too who have stepped in to work part-time. Some have majored in business and work elsewhere, but they show up when we need them. Some have studied culinary arts. Some take care of our website, public relations and media contacts. It seems each of them is always there when we need them. Our family has been in this industry for six generations, so you can definitely say it’s in our DNA at this point.

“Then there are our loyal and invaluable employees. We really hit it lucky. Cutting meats, processing them, curing them, and merchandising them are all skill positions. Those skills can be learned by people who care and want to work. When I think back about challenges to our business, there was nothing spookier than the early stages of the COVID-19 pandemic. You never knew what was going to happen next.

“There was such a demand for our products I couldn’t believe it. Customers genuinely feared that we would run out of meat. I was thrilled when three of our retired meat cutters came back to work 16 to 25 hours a week to help us keep up. These were really the times when the sterling qualities in our family business team came shining through. Care is something you are born with and it was in full bloom during a trying time.”

If it was just the products and the service, Williams Brothers Meat Market & Catering would be up there with the best. Yet it is their community involvement and return of help that also makes them a standout. They support local athletic groups, sponsor local radio broadcasts and newspaper advertising, and try to help local livestock producers bring their animals to market.

“We try to buy our livestock locally when we can,” Williams said. “We have four producers who we process their meats for under their own private label for local and area consumption. Those products appear at farmers’ markets and some grocery stores.”

For the future, Williams Brothers will be adding online ordering capabilities and hope to increase their online marketing. With the increase in orders from the online store, Williams sees a transition from perishable items to those that can be flash frozen and shipped with greater durability.

Beyond that, he aspires to keep moving toward newer and more efficient equipment. He just added a new half-ton smokehouse to supplement his other two, and is targeting larger display counters in the retail shop. Yet, he has a couple of laments.

“I want that grinder to wear out from use so I can get another one,” he said. “I sometimes pray that the bacon slicer will break so we can get a better one...And the meat goes on.”