TELFORD, PA. – Way back when, making bacon and satisfying the taste that consumers had for bacon was a simple affair. It came from the pig, and from a pig’s belly, and was cured and then smoked, for the most part.

Well, that was then, and this is now.

“To say things have changed in recent years, that would be an understatement,” said Ron Godshall, president and chief operating officer of Godshall’s Quality Meats, a mid-sized meat processor and producer based in Southeastern Pennsylvania, even though the company’s devoted bacon fans live all over the United States – and outside of it. 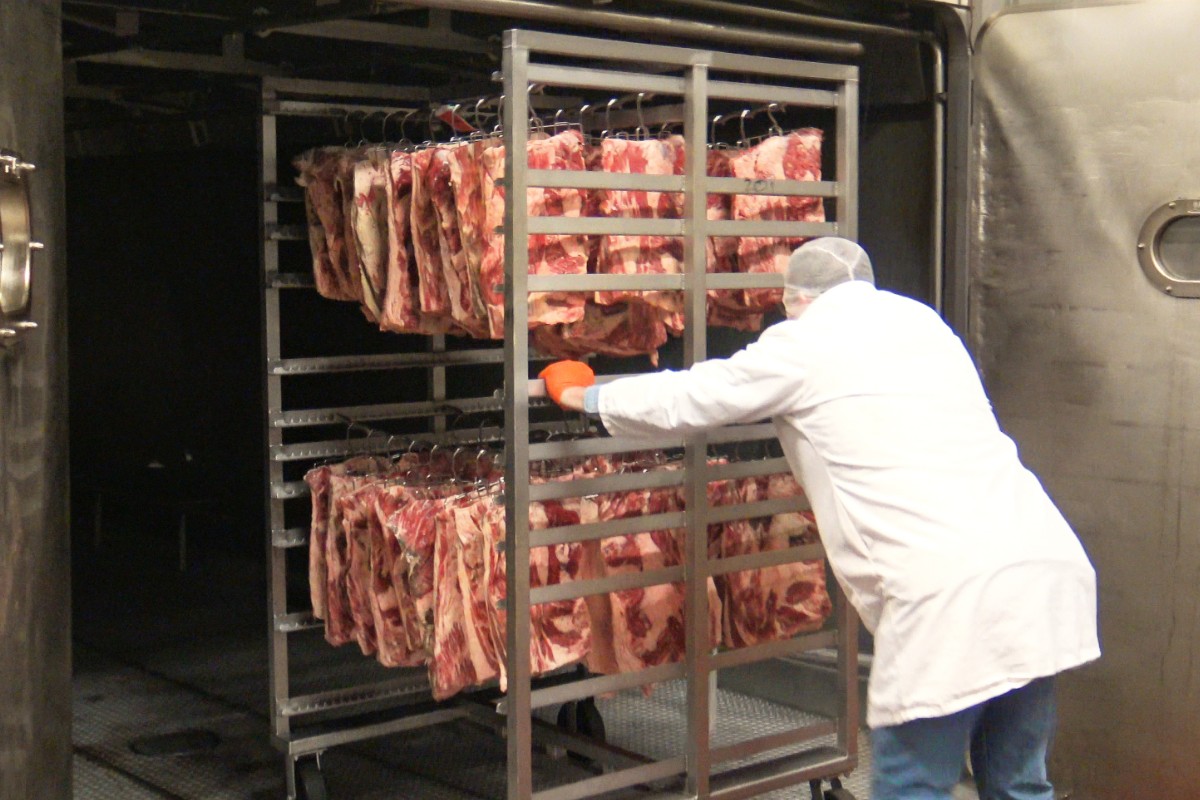 While Godshall’s, with annual sales of $150 million and just under 500 employees, has been processing and producing many meat products since 1945, bacon has always been a mainstay of the family-owned and operated company. Back then, the company began as a single small town’s butcher shop with only two employees. And while bacon continues its growth as the ultimate “comfort” food, Godshall’s has taken America’s love of bacon to the highest level, by creating every type of bacon you might be able to imagine.

By specifically focusing on turkey, beef and pork bacon, no American consumer and lover of bacon is left out or excluded from Bacon World, said Godshall, a third-generation participant in the family-owned company.

“There’s no doubt that bacon is the ultimate comfort food,” he said. “When someone in your house gets up early and starts frying it, the smell alone will draw you into the kitchen, ready to eat.”

There is no doubt, though, that turkey bacon is Godshall’s flagship product, and the company has been making it since 1994. Beef bacon, one of Godshall’s specialties, appeals to people who do not want to eat pork, often for religious reasons. Pork bacon is still on the menu at Godshall’s, but it comes from the company’s special processing approach. It is not a commodity product.

What helps the company succeed in its approach to processing and making bacon, as well as its other meat products, is the research Godshall’s carries out when developing its products.

“We put in our first smokehouse in 1993,” Godshall said. “Three years ago, to help with our development of new products, we built our state-of-the-art research and development facility, two miles down the road from our Telford plant, in Souderton, Pa., on the second floor of our distribution center. Research and development are at the heart of our business.

“Quite a few people make turkey now, but when we got into it, there were only a few small processors doing it,” Godshall said. “We wanted to take a different approach with our turkey bacon. We knew there was a demand for another kind of turkey bacon – a real meat turkey bacon. We decided to make a whole-muscle turkey bacon – we make it from turkey thighs.”

“Between people who follow the Keto diet and those on a sugar-restricted regimen, we didn’t approach this as a niche. It’s a substantial constituency,” Godshall said.

Besides research and development, the other major emphasis in Godshall’s business is manufacturing.

“Our manufacturing process, making our products, is especially important for us and for what we do. And for that reason, a sizable part of our bacon business has moved to co-packing and private labeling,” he said. “By taking that approach, we concentrate on making excellent products. With our private labeling, other companies get involved in the marketing of their brands.”

Beef bacon has become another big endeavor for Godshall’s. Beef bacon is made and sold under the  Godshall’s brand.

“We would cut our beef on the rail to sell at farmers markets. We would start saving all the beef navels,” he said. The beef navel, which the brisket joins into, is a term for beef belly meat, that can be used to make bacon, just like most pork bacon comes from pork bellies. “We would save the navels to cure and smoke, to make beef bacon. Just like pork, it is rippled with seams of fat that when cooked transform into golden rendered ribbons.”

Beef bacon is more of a specialty meat, and its appeal lies largely with people who cannot or will not eat pork. It is much more a regional specialty meat than pork or turkey bacon. A lot of the beef bacon is sold in larger cities in the Northeast including Philadelphia and New York.

“We do a Halal line, including Halal Bacon, which is consumed by Muslims and others,” he said. “We have an in-house program to keep Halal meats separated from our other meat products. That way, there is no crossover and the rules are followed.”