At a time when more plant-based products are encroaching into traditional animal protein segments, even one of the most beloved foodstuffs in the meat world is getting a doppelganger. Plant-based bacon is one of the latest “alt-meat” products to shake up retail meat cases and foodservice menus.

“I think plant-based bacon, like all other plant-based meats, is going to see very fast growth in the next few years,” said Cara Rasch, an analyst for Packaged Facts. “More companies are developing plant-based bacon and other meat alternatives than ever before.”

All this said, while plant-based bacons are seen by many as the entertaining new kid on the block, there may be some challenges in the long term for them.

“Bacon in particular is known for its savory qualities, and consumers find bacon very indulgent,” Rasch said. “Other plant-based meat products tend to play up the health benefits of plant proteins, but plant-based bacon may need a different approach. I think the concept of plant-based bacon may be harder for consumers to latch onto than plant-based burgers because of how bacon is loved for its rich flavors and greasiness.”

When 9-year-old Julie Patton made a public plea for bacon on her mother’s Facebook page in April, Smithfield Foods responded. The pork company heard about Patton’s “need” for bacon on 10 News in Virginia, and followed up by supplying her with a bevy of bacon products.

After receiving the large quantity of bacon, Patton said she wanted to donate a portion of the bacon to people in need, so they could enjoy bacon too. 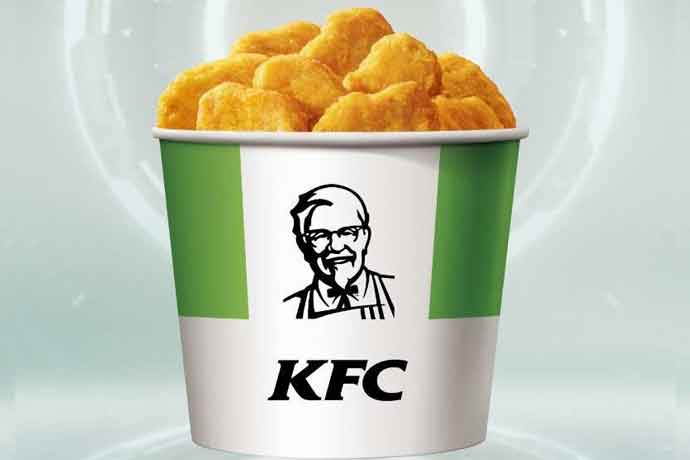 KFC customers in China had the opportunity to sample a new style of nugget at KFC locations in Shanghai, Guangzhou and Shenzhen. The plant-based nugget is made from soy, wheat and special pea proteins. KFC’s proprietary crispy golden layer is added after the nuggets are cooked. A small amount of locally sourced water chestnut makes the nuggets juicy and adds to the flavor, according to the company.

“We are committed to embracing innovation and continue to delight and surprise our customers with tasty products,” said Joey Wat, chief executive officer of Yum China. “The test of KFC’s Plant-Based Chicken Nuggets caters to the growing market in China for delicious alternative meat options on the go.”