Taffel’s final dish to the judges was titled “Bacon Steak on Sweet Corn and Jalapeño Nage with Bacon Caviar.” That dish earned her $10,000 and a chance to compete at the WFC”s Final Table Challenge in Indianapolis in May 2020. 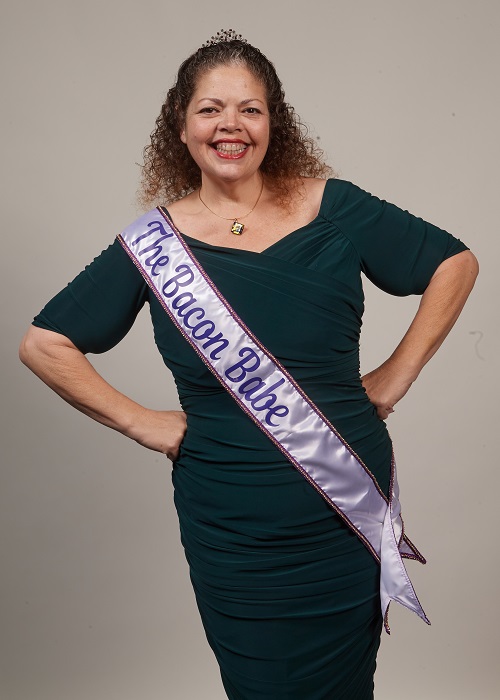 She will compete against the other nine category champions for a shot at the pinnacle of Food Sport crown and $100,000 grand prize.

“It was so nice to see my Food Sport family congratulate me,” Taffel said. “I’ve had other competitors tell me they will be coming to Indy to cheer me on. It means so much to have their encouragement and support.”

Taffel, who resides in Altadena, California, is a self-taught cook who started competing in national competitions in 2010. Since then, her profile has grown by winning the Westminster Cheddar recipe contest and appearing on food TV shows.

In 2013, Taffel started to eye the Bacon World Championship when she qualified through the Big Bite Bacon Fest with a winning dish that featured five kinds of cheese and four kinds of bacon. Before winning this year, the closest she came to taking home the WFC Bacon crown was in 2014 when she finished second runner up.

The WFC success runs in the family. Taffel’s sister Cindy won the 2015 World Seafood title as a rookie competitor, making them the first relatives to both be crowned category champions.