We use cookies to provide you with a better experience. By continuing to browse the site you are agreeing to our use of cookies in accordance with our Cookie Policy.
Home » Spicing up protein

Chipotle Mexican Grill is keeping carne asada on the menu in 2020. Introduced nationally in September, the fast-casual chain said sales of the new beef offering exceeded expectations. The company cooks the meat in small batches, cuts it into slices and seasons it with lime, finishing it with chopped cilantro and a blend of signature spices. The premium protein is compliant with a paleo diet and has been officially approved for the Whole30 program, inferring it is void of added sugars. It’s all about the spices.

A recent consumer survey conducted by Kalsec, Kalamazoo, Michigan, confirms that today’s diners are embracing such highly flavorful proteins. Hot-and-spicy foods are at an all-time high, with 95 percent of global consumers reporting they enjoy foods with a heat level of mild or above, according to Kalsec’s 2019 Spicy Perceptions eBook, which offers important insights for product innovation.

Key takeaways from the research include: 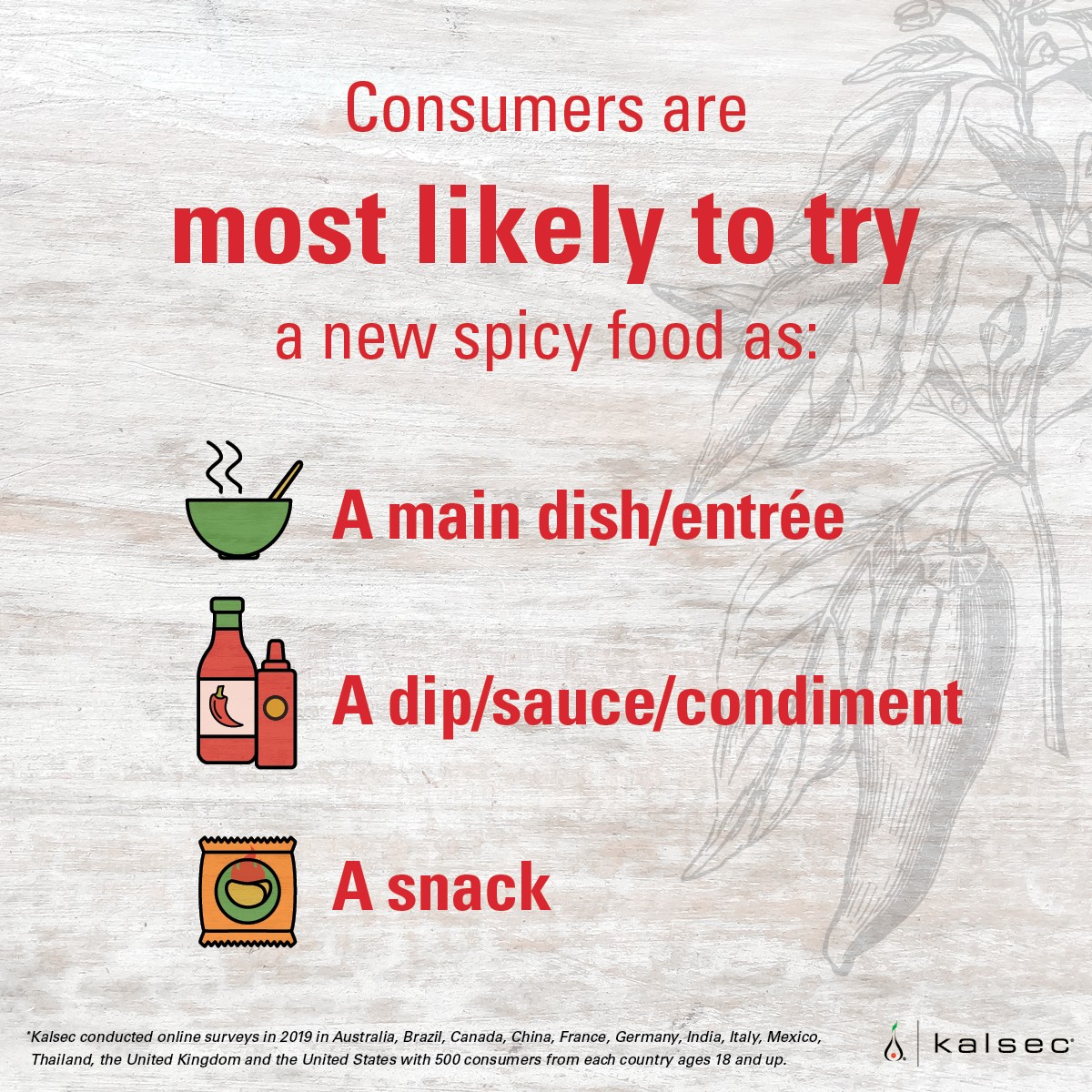