We use cookies to provide you with a better experience. By continuing to browse the site you are agreeing to our use of cookies in accordance with our Cookie Policy.
Home » Auburn hires new leader of poultry department

AUBURN, Ala. – The Auburn Univ. Dept. of Poultry Science recently announced William A. “Bill” Dozier will be the head of the program. Dozier will also work as executive director of the 30-acre Charles C. Miller Jr. Poultry Research and Education Center planned to be finished by 2020. 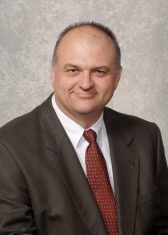 Dozier, a former alumnus of the program, joined the Auburn faculty in 2008. He now works as a professor and poultry nutritionist.

“I am excited to embrace the opportunities to impact research, teaching, and extension programs in poultry and food industries in Alabama and around the globe,” Dozier said. “The world-class Miller Center complex will enable Auburn to build a premier poultry science program from production to consumption.

Auburn’s College of Agriculture Dean Paul Patterson said the decision was made after a national search of candidates.

“I believe Dr. Dozier’s extensive experience as a professor and as a research and extension scientist positions him exceptionally well for his new position,” Patterson said.

Dozier’s research includes dietary amino acid requirements for broiler chickens and in evaluating co-products, such as crude glycerin from biodiesel plants and corn co-products from ethanol production, as alternative feed ingredients for broilers.

Dozier holds a Bachelor of Science degree in animal and dairy science from Auburn as well as doctorate in poultry science.

After completing his education, he spent four years as an extension poultry scientist and assistant professor at the Univ. of Georgia. Prior to joining the Auburn faculty, he was a research animal scientist with the USDA Poultry Research Unit in Starkville, Mississippi.

Former head of the poultry science department Don Conner retired in April after 30 years as a faculty member.