KANSAS CITY, Mo. – US red meat exports are doing quite well despite a slowing global economy and the trade war with China. But there’s no question the business environment for producers would be much better with trade agreements with major partners, according to Dan Halstrom, president and CEO of the US Meat Export Federation (USMEF). Halstrom was the featured speaker at the Aug. 22  Agricultural Business Council of Kansas City’s monthly luncheon.

Strong performances in key markets for US exports of beef and pork pushed volumes and value above year-ago levels in the first half of 2019, according to US Dept. of Agriculture data compiled by USMEF. Pork export value was the highest in 14 months, helped by a rebound in pork exports to Mexico and China. Meanwhile, beef export value climbed to the fourth-highest total on record thanks to strong results in South Korea and Taiwan.

But another factor that helped beef and pork exports came from a silver lining to the detection of bovine spongiform encephalopathy (BSE) in 2003 that no one in the industry expected.

“One of the after-effects of BSE in 2003 that no one really knew was coming is it forced us to diversify markets,” Halstrom explained. “We were heavily reliant on Mexico and Japan and Korea and Canada —which we still are today. But it forced us to diversify. So now you've got Central America — five or six different countries that are big buyers regularly.

“You’ve got South America — Peru, Colombia, Chile. We've got even Africa starting to emerge globally as a big buyer of variety meats today. So, this forced us as an industry to diversify our markets and our destinations for US beef and pork, which is a good thing. We’re not overly reliant on one or two markets like we probably were 15 years ago and some of the other commodity groups don’t have that luxury.”

He added: “And quite honestly, I’m glad we’re not that reliant on China. China is a good market [and] a good opportunity, but we have a lot of other markets too that are adding to the value.”

South Korea is one market that has grown in importance to US beef producers. In 2018, Korea set a record with $1.8 billion sales. More recently, US beef is making inroads into Korea’s institutional sector which Australia has dominated for years, Halstrom noted.

“Korea has been on fire the last three or four years,” he said. “It’s just an amazing market. As good as the growth has been, the potential in the future is even bigger.”

Yet, the question remains: What would results be with free trade agreements in place?

“So you can see that we have roughly almost $70 billion in trade on beef and pork from the US to Japan — by far our largest trading partner — which kind of highlights one of the things that is a bit of a challenge with Japan; the fact that we don’t have a free trade agreement,” Halstrom said. Currently, the US is at a 12 percent duty disadvantage on beef exports to Japan. In pork, especially ground seasoned pork, the US is at a 5 percent duty disadvantage.

“Think about how good it would be if we were on an even playing field with our biggest competitor…” in Japan which is Australia. “I can guarantee you we’d be knocking the doors off; as it is, we’re setting records, but it could be better,” Halstrom added. 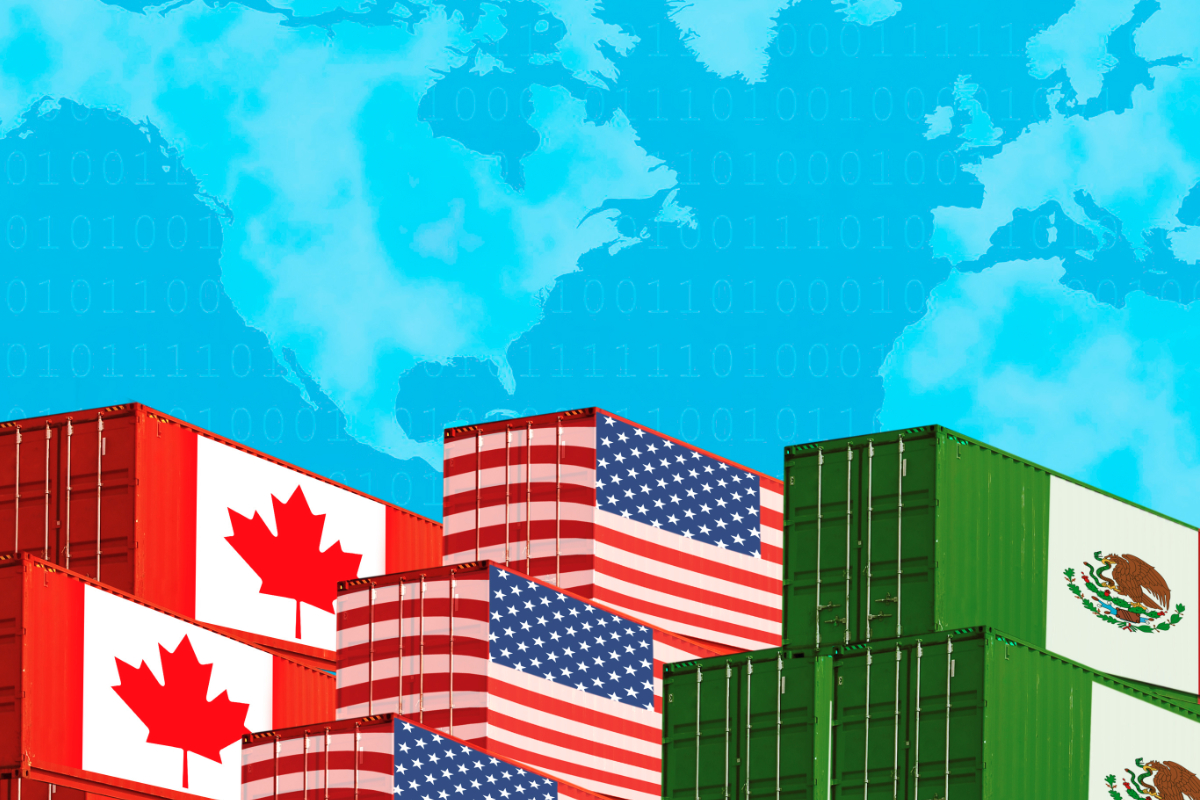 Ratification of the US, Mexico, Canada free trade agreement also is a priority for USMEF and the meat export industry. Halstrom noted that US meat exporters are regaining market share for pork primal cuts shipped to Mexico, but beef continues to lag.

“Beef actually did very well the last year, but quite honestly the uncertainty around not having a free trade agreement with our two closest trading partners — Mexico and Canada — is a problem,” he explained. “It’s a problem for getting free trade agreements with other countries because if we can't coexist within North America, what makes you think you can get a deal done with Japan or anybody else? That’s issue one.

“But issue two is if we don’t have a trade agreement, it’s much easier for our competitors to pick on agriculture, and we saw that with pork.”

Halstrom went on to say that trade with Asia complements trade with Mexico and Canada because the product mix is different across those markets.

“We have huge amounts of chuck rolls, chuck short ribs and short ribs and tongues and short plates that go to Asia,” Halstrom said. “We don’t have any rounds or not very many going to Asia, but a lot of rounds going to Mexico and Canada, for example.

“So, from a product utilization standpoint, it’s essential that we have an agreement with Mexico and Canada aside from the fact that it would reduce the likelihood of unwanted tariffs being slapped on us.”

Perhaps the biggest opportunity for exporters of meat and poultry is the void left by the devastating impact of African Swine Fever (ASF) on China’s swine herd. USMEF conservatively estimates that China has culled 20 percent of the country’s swine herd, maybe more. Regardless, there isn’t enough meat in the world — not just pork — to fill the void, Halstrom said.

“This is going to have inflationary impact on demand and prices for all proteins, not just pork or beef poultry,” he said. “We’re already seeing poultry prices skyrocket in China; beef will benefit as well.”

But restrictions on US beef, such as duties and traceability requirements among other conditions, have limited exporters’ access to China’s market for beef.

“Meanwhile, our competitors have unfettered access and another thing I should add is our competitors also have a much lower duty,” Halstrom said. “Our duty is 37 percent on beef going into China; our pork is at 62 percent. Everyone else is 10 percent or less. But suffice it to say China is going to impact the global markets. It’s going to impact beef, pork and poultry. It’s just a matter of when…it all hits.”