In 2009, Nick Morris looked back on his years of working in restaurants and decided to open his own specialty butcher shop and restaurant and try his hand at presenting his family’s version of “Louisiana style” foods and cooking. His 2,000-sq.-ft. shop located in a shopping mall in Hoover, Alabama, became known as The Cajun Cleaver.

“I knew I couldn’t work this hard in the corporate world, but if it was for me and my family, I wanted to do it” he explains. “There was nothing around like what I wanted this business to be.”

His 800-sq.-ft. retail area would feature family recipe meats like andouille and boudin, turducken and, of course, the expected shrimp, crawfish, casseroles and gumbo dishes. But Morris set his sights on pleasing everybody, one customer at a time.

“For the first few years I was selling to people I knew, most of whom I had eaten meals with and were willing to share their ideas on what they like and things to try,” he adds. “Sometimes I think I said ‘yes’ to their requests and just went ahead and tried to get it done.” 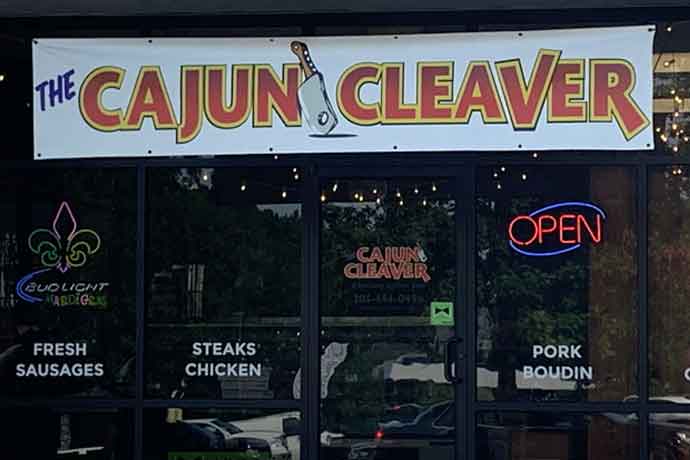 Morris held a degree in business management from Louisiana State Univ. and was not really a butcher. He says he hired an employee who was a butcher and just watched what he did and how he cut meats and learned from him. His employees knew which vendors to buy the best products from, so he picked up on their experience to become accomplished on his own. His meat experience was earned by watching, learning and practicing.

But the fact that he could cook up a storm was a huge factor in transforming The Cajun Cleaver concept from an experiment into an art form.

Morris pushed hard on the notion that if he could prepare meals ready for customers to take home and pop in the oven or onto the grill, he would be able to offer flavorful meats and sides that were true Cajun both in taste and service. He has trained his seven employees with the one-on-one personal service philosophy with which he opened the shop door 10 years ago.

Indeed, his prepared ready-to-cook meal approach has grown to 40 percent of his business and his catering operation is in full song. For holidays like Thanksgiving, he’s done as many as 600 deep fried turkeys. And events like his crawfish boils and alligator dinners outdo most local restaurants. With help and sponsorships from area breweries and wineries, he clears out his retail area and provides seating for specialty meals like wine tasting parties, Valentine’s Day dinners, or as many as a dozen other Supper Club specialty meals that he can prepare for small gatherings of five or 6, or up to 24.

His Supper Club meals are posted on the shop’s website, thecajuncleaver.com. They can be picked up or delivered by Waiter.com, a service that takes the ready-to-cook meals to customers’ homes. Everything from ribeyes to ribs, filets, steak burgers and even fruit, veggie trays and chicken finger platters are available. So popular has his Supper Club operation become that he even features Primo Grills for sale.

Cooking demonstrations are offered both in the shop and on the website via video. 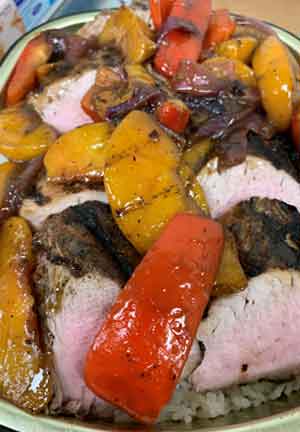 His advertising is light, but promotions on social media and the website are strong for The Cajun Cleaver. Posts and reviews of the firm laud the personable service as much as the meats and foods.

He and his wife Adrienne came up with a weekly email newsletter with the catchy name “The Butcher Paper” which is sent to nearly 5,000 customers most weeks.

Other promotions shy away from the mass media, but focus on sports teams, dance groups and “anything that supports our local area.”

“We were not afraid to try anything that customers asked for or suggested,” Morris says. “We worked hard to please our shoppers, most of whom we still know on a first-name basis. We don’t want to be like the rest of the grocery stores or restaurants, but like the hometown, neighborhood butcher shop that our customers feel good about.”

He also says that he’s thought about opening maybe another two or three locations in the Hoover area, which is about 20 miles from Birmingham. “That’s a thought, but somehow it would be like starting all over again and I’m not sure I’m ready for that at this stage.”

Morris points out that many of the challenges The Cajun Cleaver faced were met thanks to family and friends who push the workforce up to 12 workers when things get busy. His wife (who he says has a real job and travels) pitches in during holidays, as well as other family members, including nephews and nieces. They seem to show up when they are needed, he says.

Catering holds even greater promise for the family-owned business. This fall they plan to serve food at a few off-premise events where they expect to host 300 people. One they are working on could feed upward of 1,000 guests.

While his wife Adrienne is a regional sales manager for an education materials company, she enjoys being part of the business in her home town of Hoover. She is able to tap into her marketing skills as she helps market the family business.

As for Morris, a Southern Louisiana native who worked in the corporate food world for years, the opportunity to build and realize his dream of operating a family business has been a challenge both he and his wife have enjoyed.