Today’s consumers are giving themselves permission to enjoy indulgent snacks, reports The NPD Group, Chicago. This includes the growing range of ready-to-eat meats often combined with cheeses, crackers, nuts, fruits, chocolate pieces or even a hard-boiled egg, all packaged in multi-compartment, convenient, single-serve snack packs. What consumers fail to often recognize is that these are highly perishable products and cannot be treated like other snacks, such as the shelf-stable granola bar or bag of pretzels they throw into their backpack or purse where it remains for hours on end.

Ready-to-eat proteins, including cold cuts, deli/luncheon meats and a number of charcuterie, are perishable foods. But when packed into a snack with accompaniments, it’s easy for consumers to forget.

Further complicating this growing segment of products is the better-for-you positioning many meat snack marketers are making. They have found that organic, uncured and free of artificial preservative claims provide a healthful halo to ready-to-eat meats. With these claims, processed meats now appeal to many health and wellness shoppers; however, these claims require the elimination of powerful food safety ingredients.

By not chemically curing pepperoni or adding any artificial preservatives, the consumer has been given permission to indulge on this high-protein food that is also a notable source of fat and sodium. Permission to enjoy such snacks is the result of the wellness-driven acknowledgement that balance is key. Brands are supporting this by offering meat snacks walking the line between nutrition and indulgence, according to research conducted by The NPD Group.

Formulators are responsible for making sure these snacks stay safe during transport until the time of consumption. That’s where food safety ingredients enter the equation. 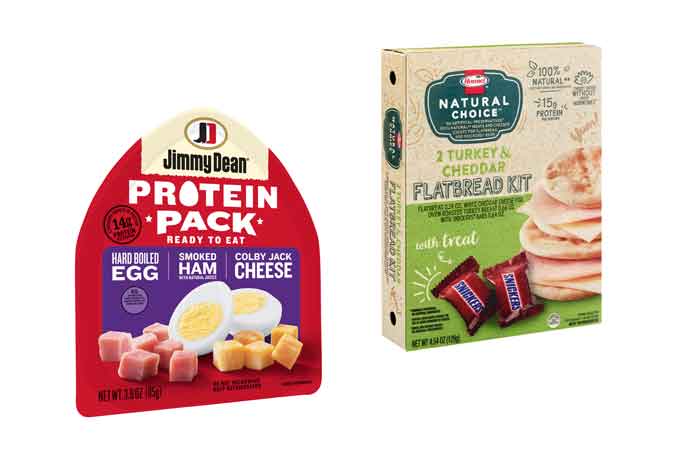 The Atlanta-based Centers for Disease Control (CDC) and Prevention estimates that each year 48 million people get sick from a foodborne illness, 128,000 are hospitalized and 3,000 die. Pathogenic microorganisms are often the culprit.

Almost all (about 95 percent) foodborne disease outbreaks where meat and poultry are identified as the potential vehicle, are the result of undercooking, pathogen proliferation or cross contamination, according to CDC data. A comprehensive food safety plan for meat and poultry products must address all hazards before, during and after the products leave the manufacturing facility.

Even though the US meat and poultry processing industry may be one of the cleanest in the world, there remains a need to offer extra protection against microbial contamination, in particular pathogens such as Escherichia coliform, Listeria monocytogenes and Salmonella, the bugs that cause foodborne illness. Thanks to many behind-the-scenes additives – natural and traditional chemical – processors are able to be proactive and provide consumers an extra defense against potentially deadly microbes. This is important since even in the cleanest conditions, the risk of contamination cannot be completely prevented.

Certain foodborne pathogens may be present on raw foods, with proper cooking and handling typically eliminating the potential for foodborne illness. But the possibility for contamination after cooking exists. This is a major concern with ready-to-eat meat products that do not undergo an additional lethal cooking step prior to consumption, namely the types of meats found in snack packs.

These diced, sliced and julienne strips of bacon, chicken, ham, pastrami, prosciutto, roast beef, salami, turkey and more are particularly vulnerable to Listeria, which is omnipresent in the environment. This makes pathogen proliferation control paramount in ready-to-eat meats, in particular meats destined for snack pack assembly facilities. Some of these facilities are nothing more than commissaries where line workers portion snack pack components into containers for store- and café-branded merchandising. Listeria is on the workers and it is in the air and now it’s likely on the meat. Listeria can live and thrive on plastic, metal and in water, too.

Preservatives are added to ready-to-eat meats to assist with food safety and extend shelf life by retarding oxidation. The more that a food is handled, the more at risk it is for being contaminated. Therefore, the meats added to snack packs, as well as sliced-to-order RTE meats from the deli counter are an easy target for pathogens.

Organic acid salts are some of the most effective antimicrobial agents used in meat and poultry products. They are basically organic acids, such as propionic acid, acetic acid and citric acid, buffered, also known as neutralized, with a conjugate base. Propionic acid is recognized as being the most effective of these acids; while vinegar, a natural source of acetic acid, is now being used by processors as a label-friendly, all-natural antimicrobial. 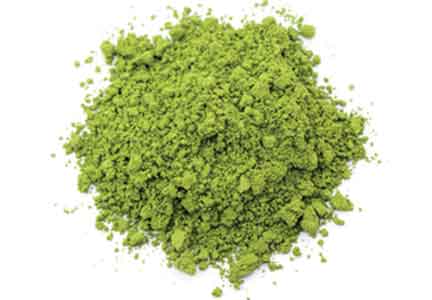 Their mode of action on pathogenic and spoilage microorganisms is the same, but their effectiveness varies by the organic acid, specifically the amount of undissociated or non-ionized acid. It is the undissociated acid that can penetrate microbial cell walls. Once inside the microorganism, where the pH is near or above neutral, the acid dissociates, lowering the pH. With pH-sensitive microorganisms, including the pathogens and spoilage bacteria encountered in the meat and poultry processing and distribution environment, this change in pH impairs or stops growth. Further, the anionic parts of the organic acid, which are the negatively charged ions, that remain in the microorganism will accumulate, disrupting metabolic functions. This leads to an increase in osmotic pressure that destroys the microorganism.

Buffered vinegar is where a great deal of innovation has been taking place. This is because vinegar is an ingredient consumers understand and don’t view as a chemical preservative; thus, it is viewed as a clean-label ingredient. Buffered vinegar solutions have no negative effect on meat quality, including parameters such as water-holding capacity, protein denaturation, color or flavor. Suppliers offer liquid and dry formats of buffered vinegar, even no-sodium and organic options, making it easy to add to brines, marinades, spice blends or it can be directly applied to meat.

Buffered vinegar systems may contain either sodium or potassium cations. Manufacturers trying to manage sodium content levels will often opt for the potassium version. They are equally effective at inhibiting growth of pathogens and spoilage bacteria; however, depending on application, there’s always that chance the slight bitterness of potassium may be detectable.

Both versions are available in liquid and dry formats, with the dry version almost four times as strong as the liquid, which means usage levels are lower with the dry product. They can be simply declared on ingredient statements as “vinegar” or “vinegar powder.”

Rosemary and green tea extracts are often combined with buffered vinegar for a multi-prong approach to extending shelf life by addressing color retention and food safety with one ingredient. Often times when combined together, the ingredients work synergistically, allowing for a lower usage rate for the same effect.

It is paramount that snack pack marketers work closely with meat processors to understand the food safety hurdles incorporated into the product and the best steps to ensure proper product handling.

Natural ferments are also considered clean-label food safety ingredients. They are typically made from sugars that are naturally fermented using specific food cultures to produce a range of different actives, such as organic acids, small peptides, residual sugars and other fermentation products, without artificial additives. Some ferments provide additional functionality, including yield enhancement, texture improvement and savory flavor.

They are approved by the US Dept. of Agriculture (USDA) for application in fresh and processed meat products and can be used in a wide range of products, including those with natural claims. In ready-to-eat meats, some of these ingredients may be used to enhance safety by inhibiting the growth of Listeria for more than 100 days. Some ingredients may also inhibit spoilage organisms, increasing the shelf life of fresh meat, often times doubling it. These ingredients are simply labeled “cultured sugar.”

The USDA Food Safety and Inspection Service (FSIS) issued on Oct. 5, 2017, an updated directive detailing the ingredients that may be used in the production of meat and poultry products. The new Directive states that a natural source of nitrite – the most common being celery powder – can be used in combination with a natural source of ascorbate (a mineral salt of ascorbic acid, or vitamin C) in “naturally cured” meats as an antimicrobial intervention. Typically, the two are not available as a blend because of potential interaction. They are added separately, with or without other food safety ingredients. An example of the latter is an ingredient system based on acerola (cherry powder), a natural source of ascorbate, and rosemary extract. This system offers multiple functionalities, including cure acceleration, antioxidants and food protection, when used with a natural source of nitrite.

Some suppliers offer all-natural, clean-label pathogen protection ingredients made from fruit and spice extracts. They are often described as true “uncured” ingredient solutions, as they are free of celery-based ingredients, which are inherent sources of natural nitrates, and chemical nitrites. Such ingredient systems use several hurdles for pathogen control, including polyphenol and flavonoid antioxidants, as well as dried vinegar. Blends of essential oils and oleoresins have also been shown to exert food safety benefits.

Bioprotection cultures are another option. This is particularly useful in fermented ready-to-eat meats, including sausages and charcuterie. Bioprotection is a natural way to inhibit spoilage and protect against harmful contamination in food. It refers to the use of safe bacteria, mainly lactic acid bacteria, selected from the natural microflora of food. These good bacteria reduce the acidity of meat, which in turn inhibits bad bacteria from growing.

Bioprotection cultures undergo a rigorous screening process to ensure there is no antibiotic resistance and no production of toxins. Cultures are specifically selected to protect meat by inhibiting unwanted contaminants and preventing food spoilage.

Never forget, salting is the original approach to reducing microbial growth in meat and poultry. Salt draws water out of microbial cells, effectively destroying them. Today, salt remains a critical ingredient in extending the shelf life of meat, but is often used in conjunction with other ingredients. Salt may be injected into whole muscle via a brine solution or blended in as a dry ingredient in processed meats.

Some manufacturers have started using high-pressure pasteurization as an intervention step. It is very effective and offers a very clean label. The concern with using this method alone is that it leaves the meat unprotected once the package is opened, as when the meat is assembled into snack packs.

It is paramount that snack pack marketers work closely with meat processors to understand the food safety hurdles incorporated into the product and the best steps to ensure proper product handling. This reduces the chance of a foodborne illness outbreak, the possibility of a product recall and the damaging of a brand.