We use cookies to provide you with a better experience. By continuing to browse the site you are agreeing to our use of cookies in accordance with our Cookie Policy.
Home » Podcast: What to eat when eating out is out of this world

Podcast: What to eat when eating out is out of this world

KANSAS CITY, Mo. – Food scientists at NASA face the crucial task of preparing enough nutritious meals to sustain crew members during extended stays on orbit. How do they manage it?

Vickie Kloeris, semi-retired manager of Flight Food Systems at NASA and an Institute of Food Technologists (IFT) board member, had oversight of the contract responsible for producing the food the Space Shuttle program and the International Space Station (ISS). In her role, which she held for 34 years, she worked with crew members to select items to take on their missions, one among a myriad of duties. 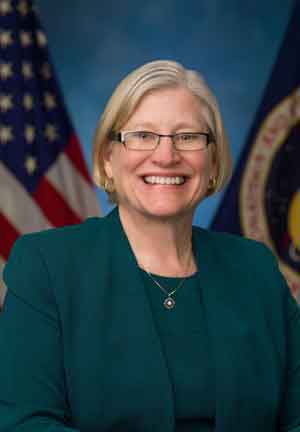 “We have about 200 different foods and beverages that are part of the core menu,” Kloeris said, “and they would come into the lab and try those so that they would have an opportunity to try them before they actually got into space.”

Then, there are the “preference containers” of foods selected by crew members that must be sorted out. [More on that in the podcast.]

Another part of her duties was to track the inventory of food on orbit at the ISS and plan provisions to send on the next vehicle provided by Tesla founder Elon Musk’s Space Exploration Technologies Corp. (SpaceX) or Northrup Grumman (NG).

“I would have to negotiate with the manifest team because there was a lot of competition for what to send up,” Kloeris said. “I spent a lot of time justifying how much food we were putting on there, when we needed it to get there, and to be sure we had the right preference food there at the right time for the crew members.”

If Kloeris speaks as though she’s still part of the food system team, it’s because she works as a consultant for the program mentoring her replacement; she officially retires in September. But she hopes to continue STEM outreach and building public awareness of food science as a career that can take practitioners to space and beyond.