WASHINGTON — More than half of US consumers in the International Food Information Council Foundation’s 2019 Food and Health Survey said they were interested in learning more about plant-based diets. They had differing views on what a plant-based diet is, however, and a similar situation applied to environmental sustainability in the 14th annual survey released May 22.

Greenwald & Associates conducted the survey by using Dynata’s consumer panel to reach 1,012 Americans of the ages 18 to 80 from March 22 to April 9. Dynata formerly was known as ResearchNow. More on the survey may be found here.

The survey for the first time asked consumers about clean eating, which was the most widely cited diet at 10 percent. Following a clean-eating diet were intermittent fasting at 9 percent and gluten-free and low-carb, both at 6 percent. The percentage of people trying ketogenic or high-fat diets increased to 6 percent from 3 percent in 2018. Dropping in interest were paleo, to 3 percent from 7 percent in 2018, and Whole30, to 2 percent from 5 percent. 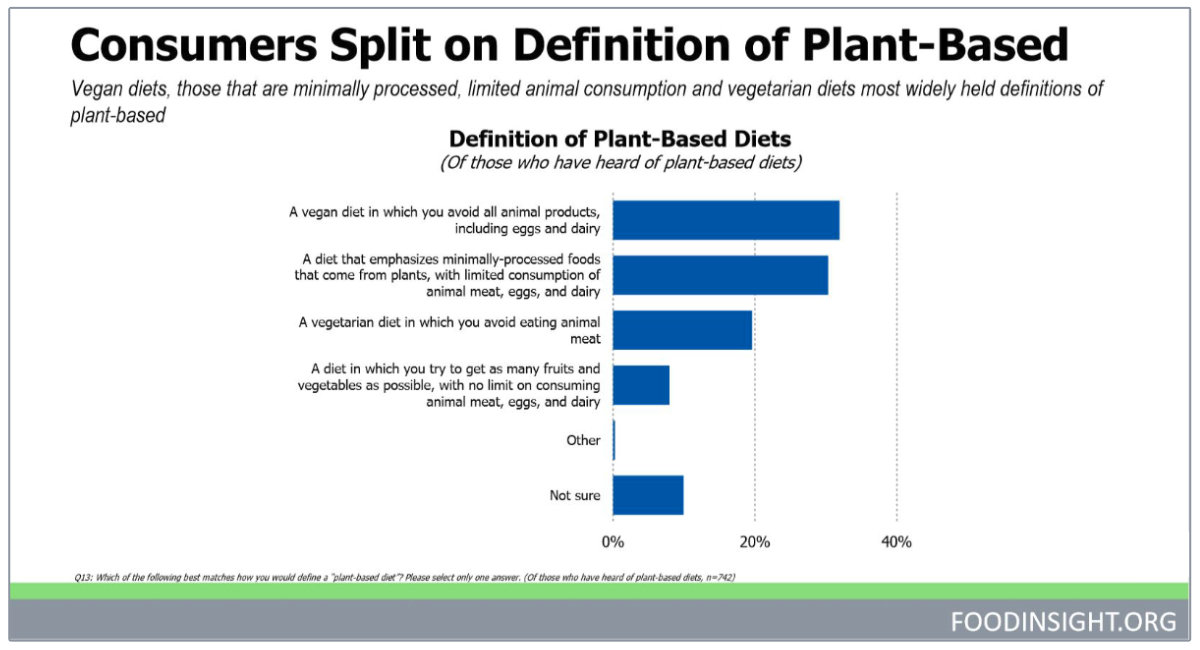 “While some diets are trendier or healthier than others, it’s clear a significant segment of consumers are adopting at least some kind of diet,” said Alexandra Lewin-Zwerdling, vice president for research and partnerships at the Washington-based IFIC Foundation. “Consumers are continuing to seek out diets that align with their personal values while joining communities of other Americans adopting similar habits.”

The leading factor impacting food and beverage purchases was taste at 86 percent, up from 81 percent in 2018, followed by price at 68 percent, healthfulness at 62 percent and convenience at 57 percent.

“The IFIC Foundation has been exploring more and more facets of sustainability in recent years, and the trends are unmistakable,” said Joseph Clayton, president and CEO of the IFIC Foundation. “Values-based food decisions, which are sometimes at odds with established scientific consensus, continue to play a growing role in consumer food purchases.”