We use cookies to provide you with a better experience. By continuing to browse the site you are agreeing to our use of cookies in accordance with our Cookie Policy.
Home » Culinary creation: Splitting – the difference

Spatchcocking is the process of butterflying and flattening a whole bird — chicken, turkey and even Cornish hen — prior to cooking. While the practice is gaining traction among celebrity chefs who want to show off their cutlery skills, the technique is not new. Chefs have long relied on spatchcocking as a means to prepare moist poultry with crisp, browned skin. What is novel, however, is marinated and seasoned packaged spatchcocked birds available at many supermarkets.

Because the bird is flattened, it has more surface area and cooks faster and more evenly than a whole bird. Proper marination is the key to success. 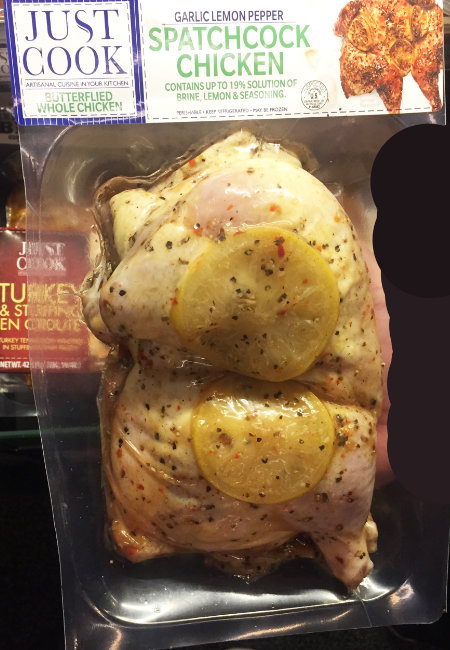 Trader Joe’s, Monrovia, California, may have started the trend with spatchcocked lemon rosemary chicken a few years ago. Recently the private-label retailer added a barbecue seasoned variety. Prepped and ready to cook, TJ’s BBQ Seasoned Spatchcocked Chicken comes pre-spatchcocked and marinated in a mix of apple juice, maple syrup, honey, mustard and coffee, along with a blend of peppery barbecue seasonings.

Farmer Focus packaged chickens now include a four-letter farm identification on every package. Consumers can enter the number on the company’s website to see the farm where that chicken was raised and the farmer behind it. The company is very transparent with its farmer-processor model and shares with consumers — and the chefs who purchase and serve SVO chickens — that the farmers who raise the chickens are paid a better price. In a couple of instances, it even saved family farms from bankruptcy, according to the company. 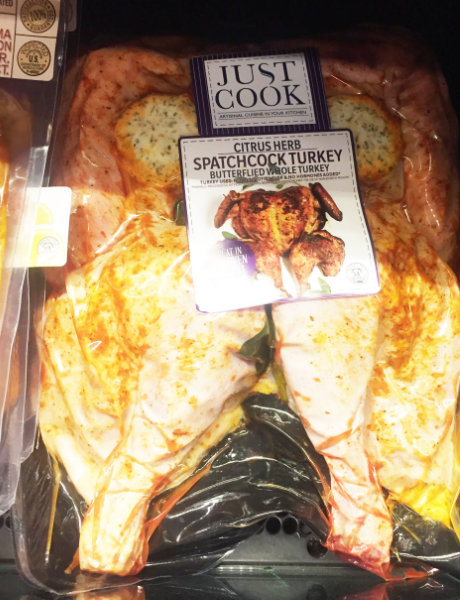 Golden West Food Group, Vernon, California, is rolling out a range of spatchcocked chicken and turkey products under its Just Cook and American BBQ Company banners. The classic variety is made with a mojo brine of garlic peppercorn and slices of lemon. Nashville Hot has a barbecue sauce with cayenne pepper while the classic barbecue features an apple cider brine. There’s also a roasted coffee rubbed variety.