We use cookies to provide you with a better experience. By continuing to browse the site you are agreeing to our use of cookies in accordance with our Cookie Policy.
Home » Bacon remains star of the show

Bacon remains star of the show

In sweet and savory, for breakfast through dinner, and from beverage to main course, bacon was the star ingredient in about 40 different dishes served during each of three tasting sessions that were part of the 11th Annual Baconfest Chicago held April 5 and 6. Nearly 4,000 attendees enjoyed a unique menu from more than 150 celebrated chefs. 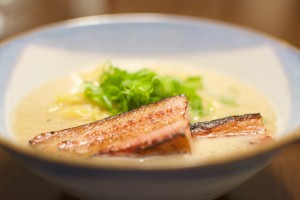 The VIP ticket holders at the Friday dinner session were treated to an exclusive bowl of bacon ramen crafted by Mike Satinover, who is known as the “ramen lord” and the mastermind behind a series of occasional ramen popups in Chicago that typically sell out in seconds. His ramen obsession has been chronicled by the Chicago Tribune, on “Serious Eats,” on Takeout.com and elsewhere.

Like most of the chefs at Baconfest, Satinover used Nueske’s bacon. He started with a tonkotsu broth made with pork bones boiled hard under pressure to produce intense flavor. To this he added bacon tare, a soy sauce syrup infused with applewood smoked pork and bacon aroma oil, along with rendered bacon fat, onion and garlic. Sous-vide-cooked and seared slices of Nueske’s applewood smoked bacon topped the noodles along with traditional green onion garnish.

During each session, chefs competed in two categories. The Most Creative Use of Bacon included a judges’ choice and people’s choice, while the Best Front of House Presentation was a judge-only award. 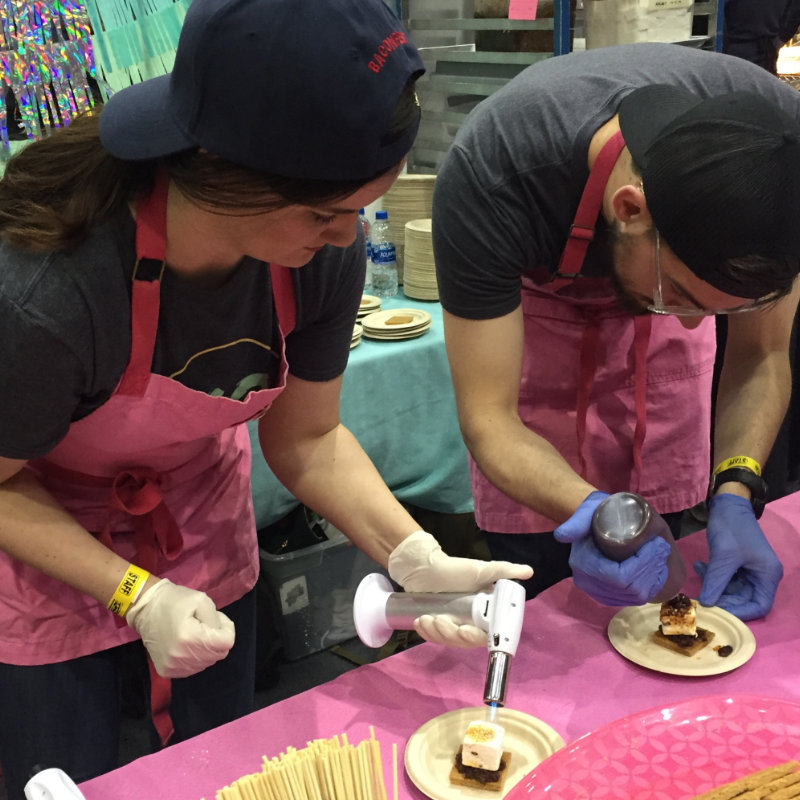 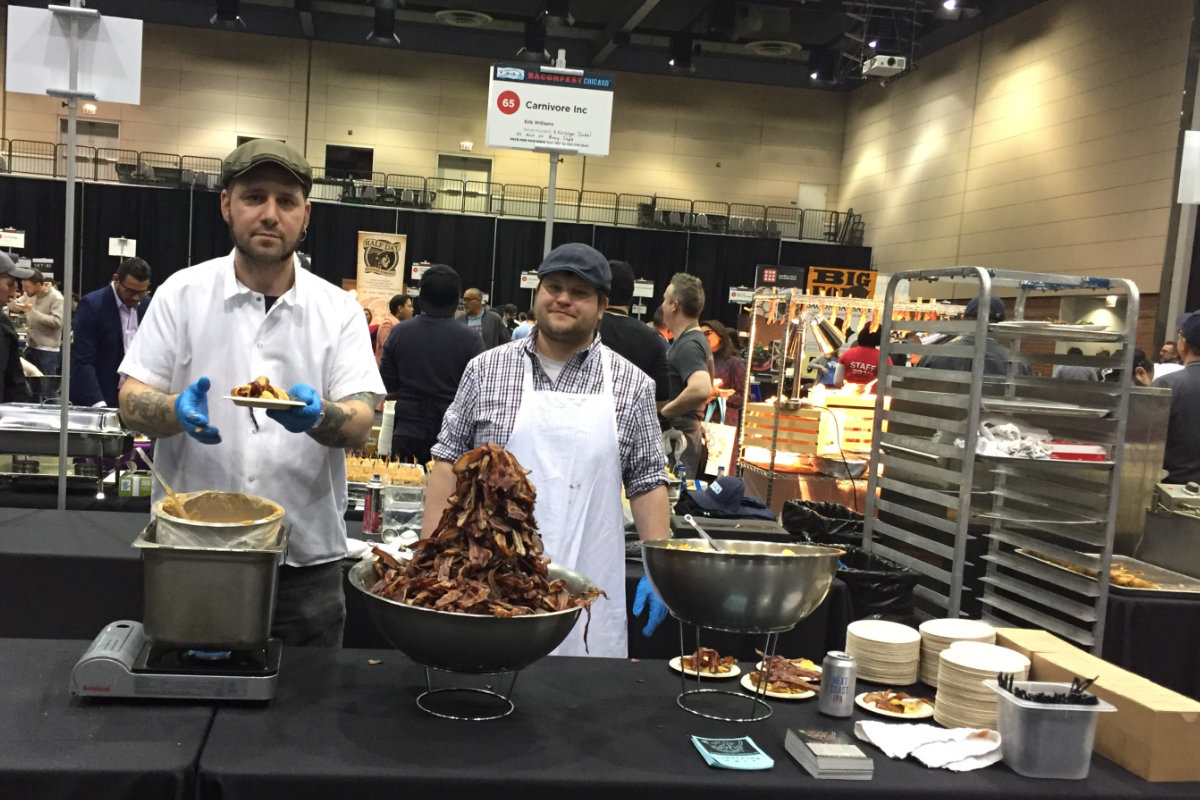 As in previous years, Baconfest Chicago supported the Greater Chicago Food Depository with a donation from event proceeds, a raffle on site and a food drive at the event. Over its 11-year history, the event has generated more than $480,000 in financial donations to the area’s largest food bank.