KANSAS CITY — As consumer demand for plant-based products accelerates, ingredient manufacturers are seeking points of differentiation to stand out in what is becoming a crowded marketplace. Plant-based food and beverage sales in 2018 exceeded $3.7 billion in the United States, rising 17 percent over 2017, according to the Good Food Institute, Washington, and there are few signs the pace of category growth is going to decelerate.

“Thirty percent or about a third of consumers are actively trying to reduce their meat consumption, but they don’t want to sacrifice taste,” said Caroline Bushnell, associate director of corporate engagement for the Good Food Institute, during a presentation at Natural Products Expo West, held March 5-9 in Anaheim, California. “As companies continue to develop better and better tasting alternatives that don’t require compromise and are healthier and allow those consumers to make that choice, that’s what we’re really seeing drive the growth.”

A plethora of new plant-based products made their debut at Natural Products Expo West this year, with many promoting the protein content of individual items. Kellogg Co., Battle Creek, Michigan, introduced its MorningStar Farms Cheezeburger that contains a quarter-pound plant-based patty as well as plant-based cheddar “cheeze.” Packaging materials for the new product highlight that the patty includes 23 grams of plant-based protein.

Beyond Meat, El Segundo, California, expanded its plant-based portfolio at the trade show with the introduction of Beyond Beef, a ground beef alternative made with a blend of mung, pea and rice proteins. The new offering has 20 grams of protein per serving and is designed to mimic the taste, texture and versatility of meat, according to the company.

Consumer research by Cargill, Minneapolis, shows consumers see the benefits of plant-based protein, with 60 percent indicating they believe they can get enough protein/nutrients from foods other than meat and 79 percent being “clean label seekers” who check the ingredient list for protein content. Cargill’s study included 1,923 US grocery shoppers between the ages of 18 and 78 who do 50 percent or more of the household grocery shopping and was conducted in October 2018. 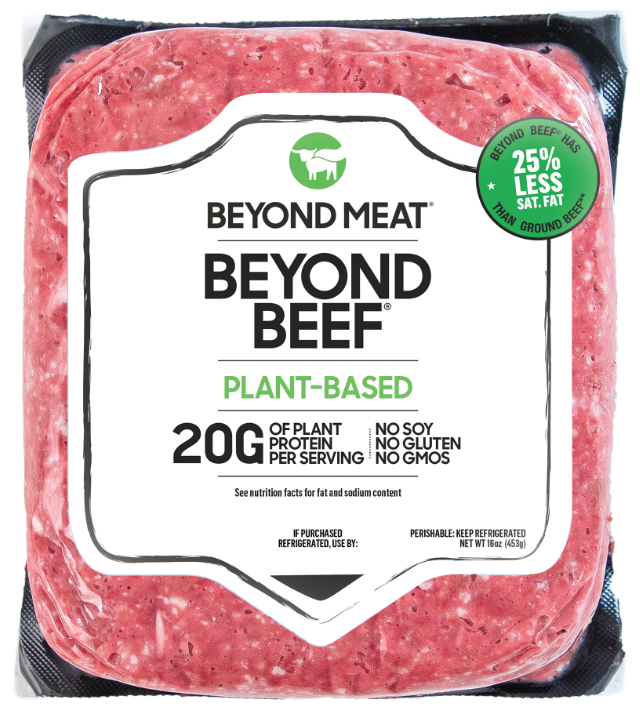 “Plant protein really delivers on that it is a clean source,” said Matthew Jacobs, global product line leader of plant proteins within Cargill’s North American Starches, Sweeteners and Texturizers business unit. “Now the one thing that did stand out in our research is there is some skepticism (among consumers) about product taste and texture.”

Jacobs said earlier iterations of plant-based products may not have delivered the experience consumers expected, and that is a hurdle product formulators must overcome.

“We are trying to reach the masses,” he said. “Those people don’t identify as flexitarians. They identify as meat eaters and probably have the highest bar to satisfy, because of their expectations.”

“Snacks is a growing space,” said Paige Ties, technical services manager for Cargill texturizers and specialties. “But more interesting to me is frozen meals and dairy. This is where we are seeing a really large increase across the industry, and I predict it will continue.”

A space she highlighted is frozen breakfast, where she sees plant protein one day being added regularly to formats like breakfast sausage patties, muffins or frozen waffles.

“As we think about the nutritional purpose protein is bringing it is much bigger than fortification,” Ties said. “There is functionality in what it can replace. It’s more holistic than someone saying I want ‘x’ grams of protein. There are calorie reduction and sugar reduction opportunities.” 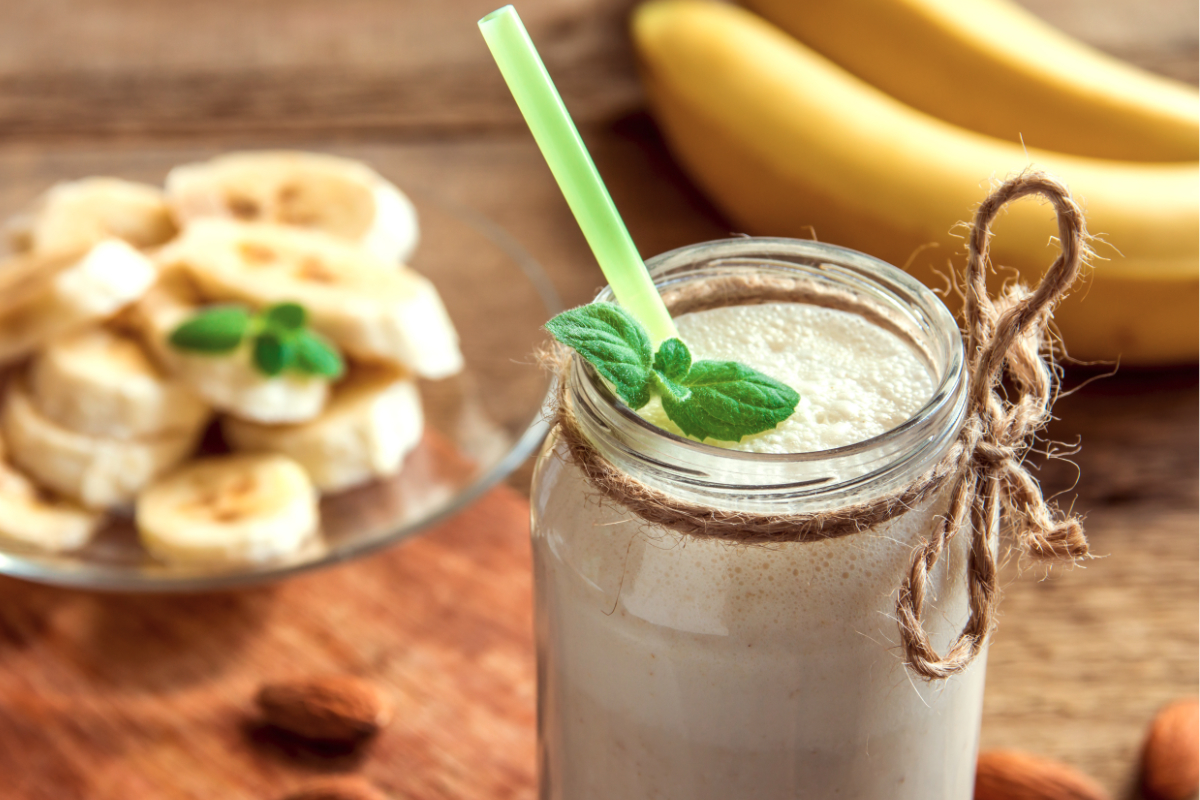 As the market for plant-based proteins evolves, ingredient suppliers are seeking strategies to differentiate their ingredient portfolios. Ingredion, Inc., Westchester, Ill., has introduced Vitessence Pulse 1803 pea protein isolate that is certified organic for use in applications such as nutrition and sports bars, alternative meat and alternative dairy products, powdered and ready-to-drink beverages, and baked foods and baking mixes. The ingredient is characterized by a creamy texture and a flavor low in raw and green notes, according to Ingredion. The ingredient contains a minimum of 80 percent protein.

DuPont Nutrition & Health, New Century, Kansas, a Dow DuPont Specialty Products Division business, has added six plant protein nuggets to its Supro and Trupro product range. The new ingredients contain more protein or less sodium than previous offerings, and they come in an array of formats and textures for use in applications such as nutrition bars, snacks and cereal, according to the company.

“Snacking is an increasing trend around the globe, particularly among younger consumers,” said Chris Schmidt, bar industry team leader, NAFTA, for DuPont Nutrition & Health. “Our market research has revealed that more than two-thirds of millennials eat at least two snacks a day and that they are more likely to opt for high-protein snacks than any other age group.

“Applications like nutrition bars are well-positioned to deliver against consumer demands for high-protein, convenient and portable snacks that provide great sensory qualities.”

Beneo, which has a US office in Parsippany, New Jersey, announced in early March it is investing €4.3 million ($5.5 million) in a new production plant for vegetal protein.

“We are seeing a big shift in consumer diets as an increasing number of consumers actively try to reduce their meat intake and seek out alternatives,” said Christoph Boettger, executive board member of Beneo. “Wheat protein was the most-used plant-based protein in new meat substitute launches in 2018, and we see great potential for this market in 2019 and beyond. 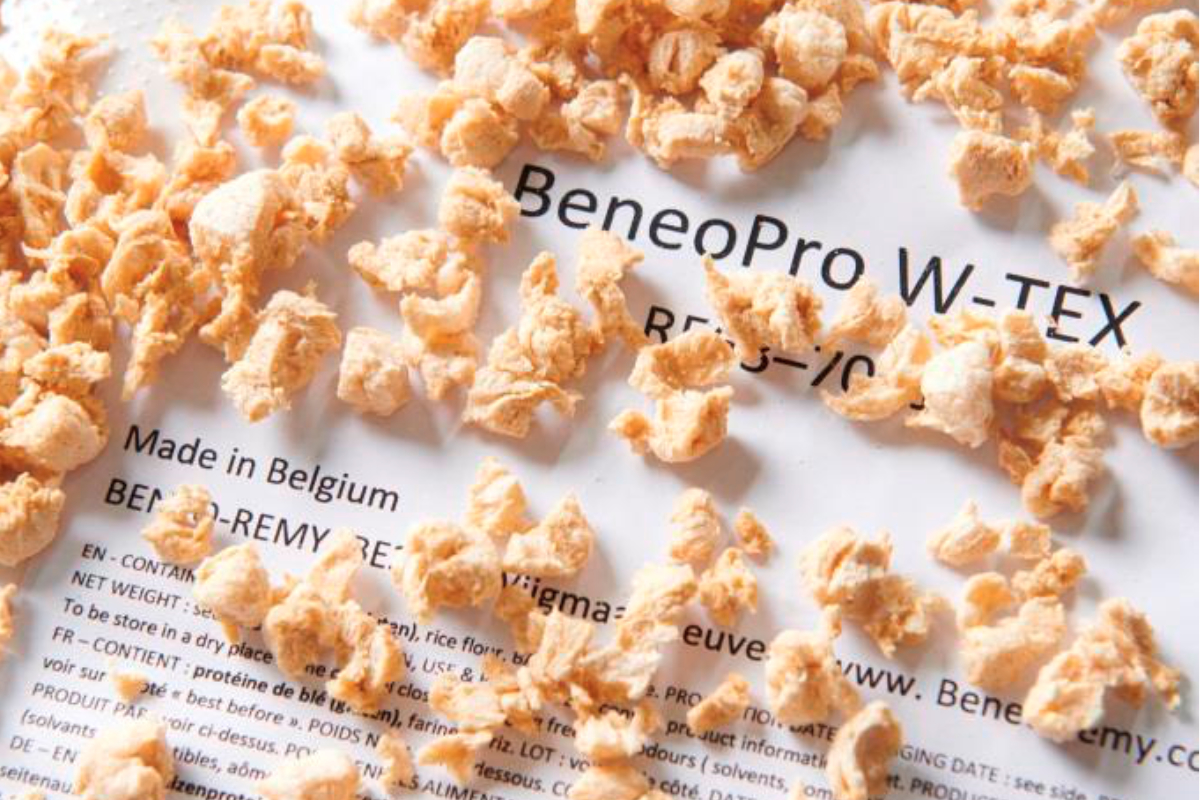 “We’re pleased to be working with our sister company, CropEnergies, and its team at BioWanze as a trusted partner in this exciting new development for our business. Through this significant investment and new production facility, Beneo can take its first steps in exploring the market for textured plant-based proteins to allow its customers to capitalize on this rising trend.”

On the horizon, Cargill is planning to introduce corn protein to the market by 2022.

“We’re taking one of those side streams and valuing it up in a different way,” Jacobs said.

Product applications where corn protein may be used include meat, snacks and cereals.

“It extrudes very well,” Jacobs said. “And it adds a lot of volume.”

Ties said the ingredients may add volume to some applications.

“A lot of plant proteins don’t expand the same way soy or others do,” she said. “So, I think corn protein brings a unique benefit from an expansion standpoint.”

Corn protein has a protein content of 70 percent to 90 percent with a high branch chain amino acid content that does not require allergen labeling, according to Cargill. Product concepts developed with the ingredient range from breakfast biscuits, flatbread pizza, pourable dressing, turkey patties and icing.