We use cookies to provide you with a better experience. By continuing to browse the site you are agreeing to our use of cookies in accordance with our Cookie Policy.
Home » Editor’s Blog: Beyond the bottom line

Editor’s Blog: Beyond the bottom line

The poultry line speed debate continues. Last year, the US Dept. of Agriculture’s Food Safety and Inspection Service (FSIS) announced it would consider waiver requests from processors wanting to increase production from 140 birds per minute up to 175 birds per minute on evisceration lines. Immediately, advocacy groups squawked that faster line speeds would result in more worker injuries and jeopardize food safety. Requests for faster lines were simply about processing more birds and making more money, according to critics. Most processors will admit they’re in business to make money, and the chance to make more money with increased line speeds isn’t necessarily a bad thing. But for some processors, the need for speed isn’t about greed at all. 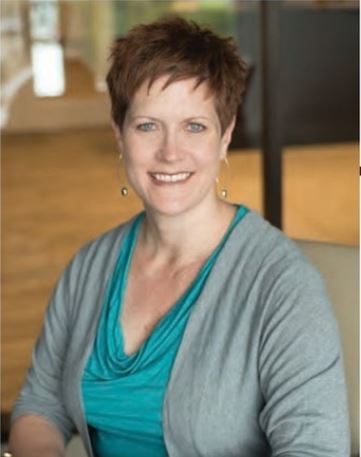 Kidron, Ohio-based Gerber Poultry was one of the first companies to jump in line and request a line speed waiver when waiver requests became available in early 2018. For years the company has processed 500,000 birds a week, slaughtering one shift a day and processing two shifts a day, 12 hours a day, six days a week. Gerber’s employee base worked a lot of overtime each week to keep up with the production volume.

After meeting the necessary criteria to be eligible for a line speed waiver – operating under the New Poultry Inspection System (NPIS) for at least one year; being in Salmonella performance standard category 1 or 2 for young chicken carcasses; having a history of regulated compliance with no recalls or alerts for at least 120 days; and demonstrating the procedures to increase line speeds will maintain or improve food safety – Gerber Poultry was granted its waiver. And, on Oct. 12, 2018, the company slowly started increasing its production line speed.

“We weren’t going to increase our speeds to 175 immediately,” said Vice President of Compliance Glenn Mott. “We increased five birds per minute each week and we tracked our performance along the way. If we met our standards for that week, we would increase another five birds the next week.”

By early November, the plant reached 160 birds per minute. With that milestone the company eliminated its Saturday overtime production. Gerber reached 175 bpm within the month.

“We look at not having Saturday production anymore as being a real benefit to our employees. Our team members can now have real family time on the weekends. Everyone is more refreshed. And our maintenance team now has more time to work on equipment,” Mott said. “Our overall performance as far as food safety is exactly where it needs to be, or better, and our employee well-being based on accidents is where it needs to be, at zero accidents.”

While Gerber’s long-term plans are to ulimately increase production – possibly adding a slaughter and production line in the next year or two – the company’s initial reason for increasing line speeds was to eliminate the Saturday production shift in an effort to reduce production days, hours worked and job fatigue. It was about employee welfare, not the bottom line.

While giving workers back their weekends was a benefit the company was offering employees, company officials didn’t overlook the potential drawback of eliminating overtime pay. Gerber adjusted salaries as needed so the reduced work time wouldn’t result in substantially smaller paychecks.

Gerber Poultry’s approach to this production issue is an impressive display of what it means to put your employees first. The company could have increased its production and simply taken the profits that would have come from processing more birds in less time – but instead they passed on those benefits to employees. In the long run, my guess is the company will likely see productivity increase far more than the amount those 35 birds per minute will bring.