We use cookies to provide you with a better experience. By continuing to browse the site you are agreeing to our use of cookies in accordance with our Cookie Policy.
Home » Culinary creations with Southern flair

Wildflower honey barbecue wings; turkey, bacon, cheese and spinach stuffed buttermilk biscuits; and hickory-smoked pulled pork with a side of succotash were some of the creations served on the exposition floor of the Research Chefs Association (RCA) 2019 Annual Conference held March 13-15 in Louisville, Kentucky. Blending culinary arts and food science, that’s the discipline of RCA’s Culinology program, and this year’s participants did not hold back while showcasing their talents.

Mizkan, Mount Prospect, Illinois, served a Kentucky Hot Brown sandwich made with slices of roasted turkey smothered in bourbon bacon jam with tomato, and finished with a Mornay cheese sauce spiked with the company’s bourbon concentrate. This was served on a sweet Hawaiian slider roll adorned with whole grain mustard.

The six university teams competing in the student competition impressed the more than 1,200 expo attendees. Taylor’s Univ. in Malaysia took first place for its chicken burgoo meal kit. Burgoo is a Kentucky classic. It’s a hearty stew typically made with a menagerie of wild game, everything from pheasant to squirrel to venison. The bowl meal includes tomatoes and beans, usually lima or black-eyed peas, along with corn and potatoes. 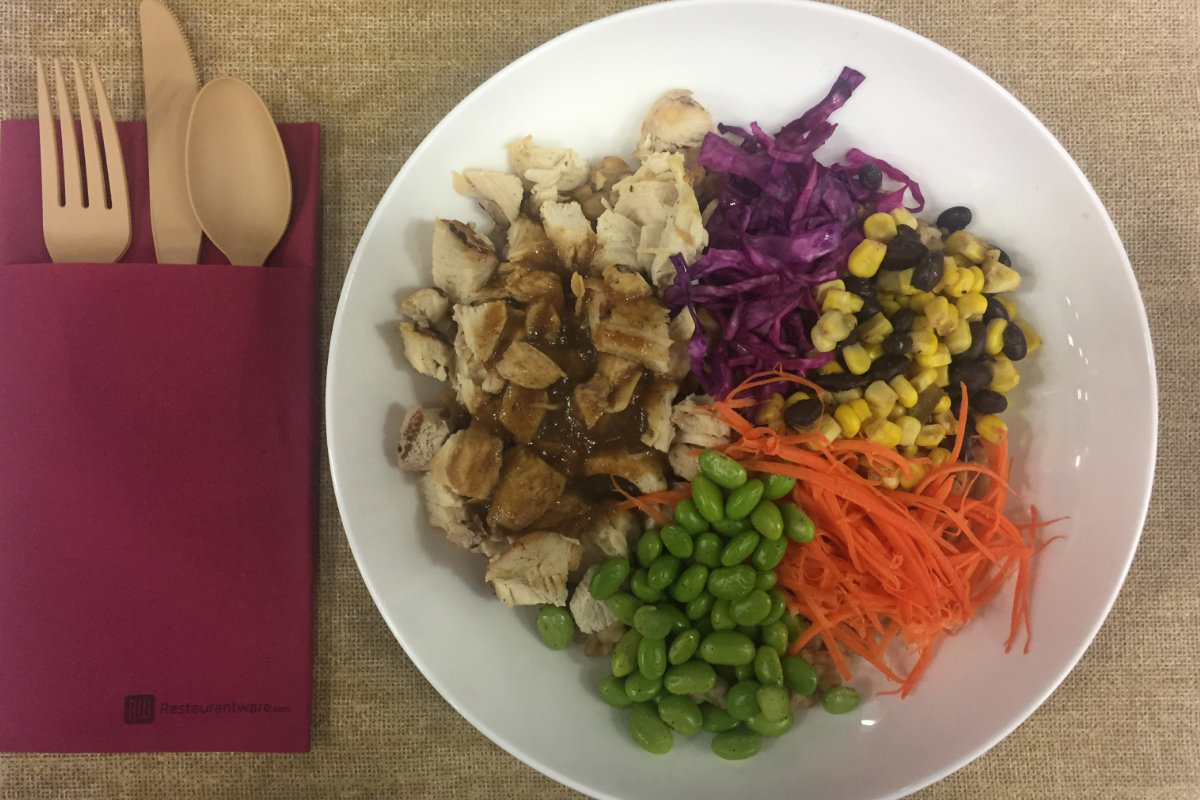 The winning team gave an innovative spin to this local dish by turning it into an open-faced pot-pie meal, with sorghum crust, followed by a layer of creamy mashed potatoes, sweet heat in the form of a sriracha bell pepper gel, chicken burgoo and spiced carrot puree. The concept was presented in kit format, for the home cook and chef to easily assemble. 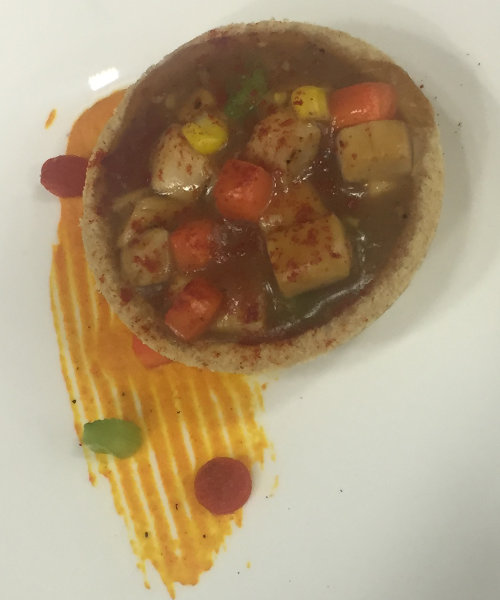 Canada’s Univ. of Guelph received third place accolades for its “Ken-Turkey” Triple Threat. With a nod to the state’s famous derby horse race, this meal kit served up turkey three ways. The team’s take on the Kentucky fried brown included a hot brown patty made with turkey, gruyere cheese and bacon atop a choux bun with blackberry ketchup. The peach gobbler featured a farro griddle cake bun filled with pecan-crusted turkey and topped with peach jalapeno jelly, pickled onions and collard greens. The trifecta was the smoky red eye. This was a buttermilk biscuit with peach-and pepper-brined turkey and turkey bacon all topped with a coffee-infused mayonnaise.