We use cookies to provide you with a better experience. By continuing to browse the site you are agreeing to our use of cookies in accordance with our Cookie Policy.
Home » Alternative proteins category continues to grow 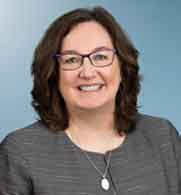 DALLAS – Alyssa Rebensdorf, counsel at Faegre Baker Daniels, is “simply fascinated” by the emerging alternative meat product segment. The segment, which seems to redefine itself on a regular basis, is keeping members of the meat industry eager to learn more. Rebensdorf spoke to a near standing-room-only crowd March 5 at the Annual Meat Conference in Dallas about the alternative meat segment and its impact on the industry.

“This segment is changing on a day-to-day basis,” Rebensdorf said. “There’s no denying that plant-based meats is a growing category.”

In 2017, the plant-based meat category increased sales by 6 percent. In 2018, the category increased sales 24 percent. By comparison, the animal meats category only grew 2 percent in 2018. However, Rebensdorf was quick to qualify that meat products represent $89.4 billion in sales, while plant-based meat alternatives only represented $1 billion in sales in 2018.

Rebensdorf referenced the 14th edition of the Power of Meat study, which was presented by Anne-Marie Roerink, principal at 210 Analytics. According to the research, the top reasons why people eat a vegetarian or vegan diet include:

Rebensdorf went on to outline the two distinctive divisions in the alternative proteins market — the existing and growing segment of plant-based proteins found both at retail and in the foodservice market and the cell-based proteins that are not yet on the market. Companies, such as Memphis Meats, are developing cultured meat directly from animal cells. The company has received investments from meat companies such as Tyson Foods and Cargill.

“Our strategic alliance with Memphis Meats is an exciting way for Cargill to explore the potential in growing the cultured meats segment of the protein market,” said Brian Sikes, Cargill Protein group leader. “As a leading and trusted source for wholesome, sustainable and responsibly produced protein, this investment fits nicely with our customer-first approach to grow our portfolio.”

“What should we call these products — both the plant-based and lab-grown varieties?” Alyssa Rebensdorf

On the other side, Impossible Foods — the creator of the Impossible Burger which is sold across the country at burger joints and various fast-food establishments such as White Castle — has a mission to eventually replace conventional meats. Segundo, California-based Beyond Meat sells its Beyond Burger plant-based patties in retail supermarkets around the country, oftentimes alongside ground meat products.

As plant-based products continue to hit the shelves, and the lab-based proteins continue to get closer to hitting the market, discussions about regulations and labeling continue, Rebensdorf said. “Regulatory oversight is now the biggest question for this segment.”

“What should we call these products — both the plant-based and lab-grown varieties?” Rebensdorf asked.

Memphis Meats refers to their products as cell-based meats. The Good Food Institute prefers the term clean meat — although the meat industry rejects this term since it implies that any other meat that doesn’t come from the lab is “dirty.” And the National Cattlemen’s Beef Association — which is unmistakably not a fan of lab-grown meat — refers to the product as “lab-grown fake meats.”

Rebensdorf shared how Missouri’s Dept. of Agriculture passed a law regulating how alternative proteins are to be labeled. “You can’t call it meat unless it walked on two or four feet,” Rebensdorf explained. According to the Missouri Dept. of Agriculture, products must include a prominent statement on the front of the package, immediately before or immediately after the product name, that the product is “plant-based,” “veggie,” “lab-grown,” “lab-created” or a comparable qualifier. For products like Beyond Burger, plant-based burger patties is an acceptable description.

According to a March 7 announcement from the US Dept. of Agriculture (USDA), an agreement has been reached between USDA’s Food Safety and Inspection Service (FSIS), the Food and Drug Administration (FDA) and the US Dept. of Health and Human Services to share the oversight responsibilities for the production process of cell-based food.

“Consumers trust the USDA mark of inspection to ensure safe, wholesome and accurately labeled products,” said Mindy Brashears USDA deputy undersecretary for food safety at the time of the announcement. “We look forward to continued collaboration with FDA and our stakeholders to safely regulate these new products and ensure parity in labeling.”

The North American Meat Institute (Meat Institute) also endorsed the agency’s agreement, saying it affirms the association’s position in comments and testimony to the agencies.

“The framework announced today will ensure cell-based meat and poultry products are wholesome, safe for consumption, and properly labeled,” said Meat Institute President and CEO Julie Anna Potts.  “We support a fair and competitive marketplace that lets consumers decide what food products make sense for them and their families, and this agreement will help achieve these goals by establishing the level playing field necessary to ensure consumer confidence.”

What’s next for this changing segment of the industry? Rebensdorf closed her session by saying, “Your guess is as good as mine… Will any of us be changing our views if a cell-based ribeye is the food of choice one day? We’ll see.”