We use cookies to provide you with a better experience. By continuing to browse the site you are agreeing to our use of cookies in accordance with our Cookie Policy.
Skip To Content
Home » Yum! Brands shows growth in menu innovation, value

Net income for the fiscal year ended Dec. 31, 2018, totaled $1,542 million, equal to $4.80 per share on the common stock, up 15 percent from $1,340 million, or $3.86, in the previous year. During the year, the company recorded net refranchising gains of $540 million and pre-tax investment income of $14 million related to its investment in food delivery company Grubhub.

Revenues of $5,688 million were down 3 percent from $5,878 million the year before. In constant currency, worldwide system sales grew 6 percent at KFC, 6 percent at Taco Bell and 1 percent at Pizza Hut.

Fourth-quarter net income of $334 million, equal to $1.07 per share, was down 23 percent from $436 million, or $1.29, in the prior-year period. During the quarter, the company recorded net refranchising gains of $255 million and a pre-tax investment expense of $171 million related to the Grubhub transaction.

Revenues totaled $1,558 million, down 1 percent from $1,577 million in the comparable quarter.

“In the fourth quarter, Pizza Hut US continued its emphasis on value,” Creed said during a Feb. 7 earnings call. “The $5 lineup, which features favorites like a medium one-topping pizza, Garlic Knots, wings and our new Cinnabon Mini Rolls, helped improve traffic and provides a pipeline for future product innovation.” 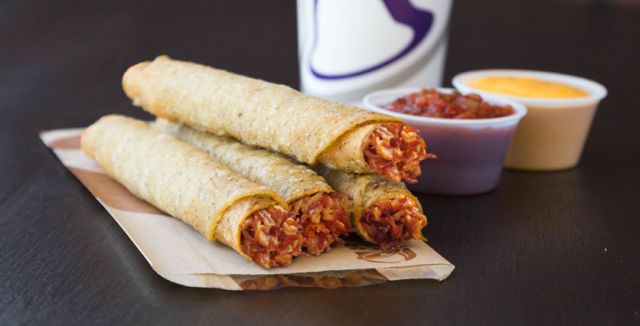 “During the quarter, we doubled down on value in the US, with double versions of customer favorites, including the Triple Double Crunchwrap and Double Chalupa,” he said. “Then, fan-favorite Rolled Chicken Tacos finished the quarter off strong.”

“KFC's bold and cheeky marketing uniquely accentuated the delicious pairing to help KFC US deliver its strongest month of same-store sales growth for the year,” Creed said. “With continued focus on value and innovation, we're excited for what 2019 has in store for this always original brand.”

The year also brought significant restaurant development for the company, which now has more than 48,000 restaurants in approximately 270 brand-country combinations, Creed said.

“Together with our world-class franchisees, we opened, on average, eight gross restaurants per day or, in other words, one restaurant every three hours,” he said.