We use cookies to provide you with a better experience. By continuing to browse the site you are agreeing to our use of cookies in accordance with our Cookie Policy.
Home » Spotlighting ‘big ideas’ in food

SAN FRANCISCO — Beef that is both halal and kosher. White fish jerky. “Tofu 2.0.”

These were among concepts featured during a presentation at the Winter Fancy Food Show in San Francisco celebrating “big ideas” in food.

The specialty food industry has surpassed $140 billion in sales and continues to grow at about three times the rate of conventional food and beverage, according to data from market research firm Mintel.

“Specialty food has gone mainstream, and the food pyramid has gone upside-down,” said Phil Kafarakis, president of the Specialty Food Association, which owns and produces the Fancy Food Shows.

“The notion of processing product at high-speed is no longer acceptable, so understanding the process, how it was created and makers telling the story and retailers retelling the story is a big part of that,” Kafarakis said at the Winter Fancy Food Show.

The food industry is experiencing a metamorphosis, he said, adding, “It’s only after you learn that you can transform and change.”

In a separate presentation, the leaders of three companies discussed product innovation challenging today’s notions about food — how it’s made, how it’s purchased and how it’s eaten. 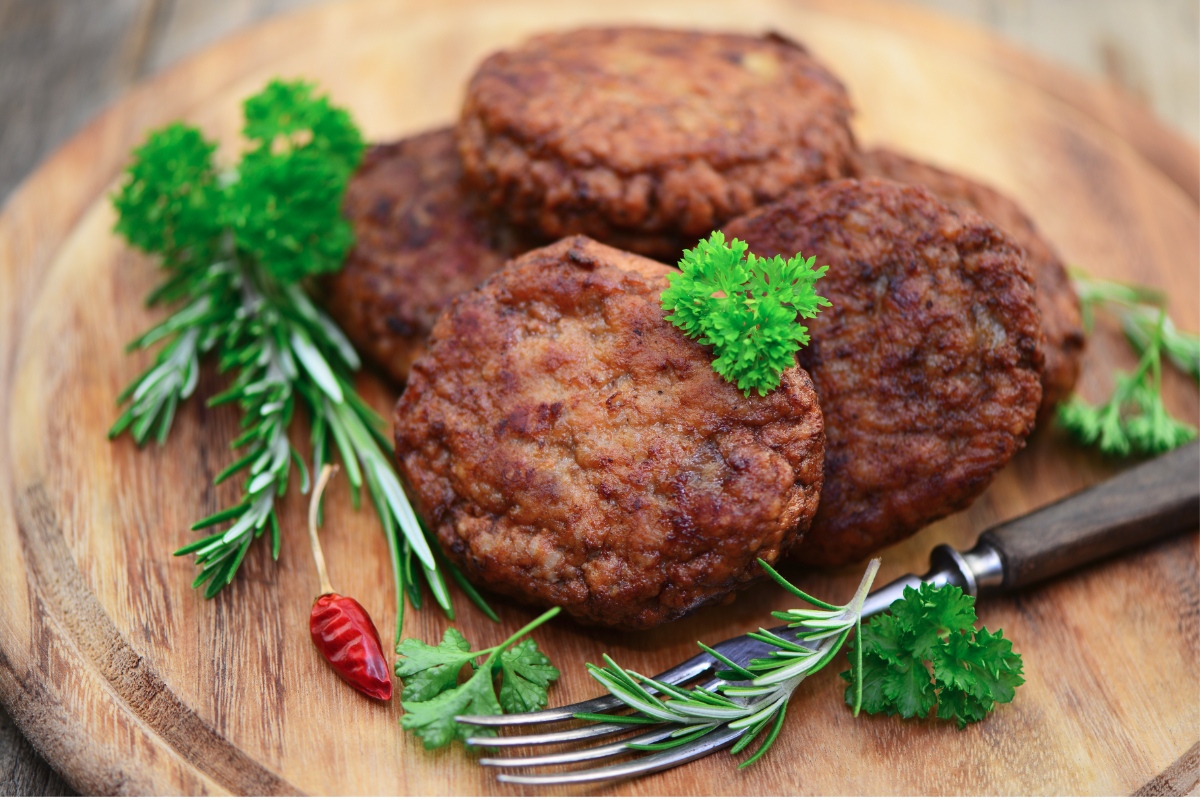 Mohammad Modarres, founder and CEO of New York-based Abe’s Meats, produced the first-of-its-kind “interfaith meat” in response to a wave of anti-Semitic and anti-Muslim incidents following the 2016 presidential election in the United States. He hosted a dinner uniting the Jewish and Muslim communities to tackle the rise in bigotry and learned quickly that serving halal and kosher foods in the same space was a “logistical nightmare and really expensive,” Modarres said.

“Here we were celebrating our commonalities only to separate ourselves because of our dietary differences,” he said.

Over the next year he met with food experts and religious leaders to combine these processes for meat production. Beyond the religious complexities, he said, he wanted to learn how to create more sustainable food products.

“The reality is it’s not livestock that’s causing this damage; it’s us,” Modarres said. “How we produce. How we consume. Meat has become synonymous with factory farming.”

“Despite the fact that it makes sense to bring it together, we had to speak to a lot of different religious leaders, and the process that was most important was making sure there was a practicing Muslim and a Shoket on spot when it’s being produced,” he said.

Abe’s Meats plans to launch a crowdfunding campaign this year and begin marketing its products across channels.

“We may be one of the few meat companies to openly preach responsible meat consumption by saying very clearly ‘buy less, better meat,’” Modarres said. “Buy less industrialized food products, meat and beyond. Buy local. Buy pasture-raised, buy grass-fed and anything else that follows this regenerative method.”

Interfaith meat is just the beginning. Modarres said he plans to produce more premium foods in the future that promote inclusivity.

“Because when a more established immigrant community better understands another one, we tackle anti-Semitism and anti-Muslim bigotry more effectively,” he said. “We build a longer table, not a taller fence.” 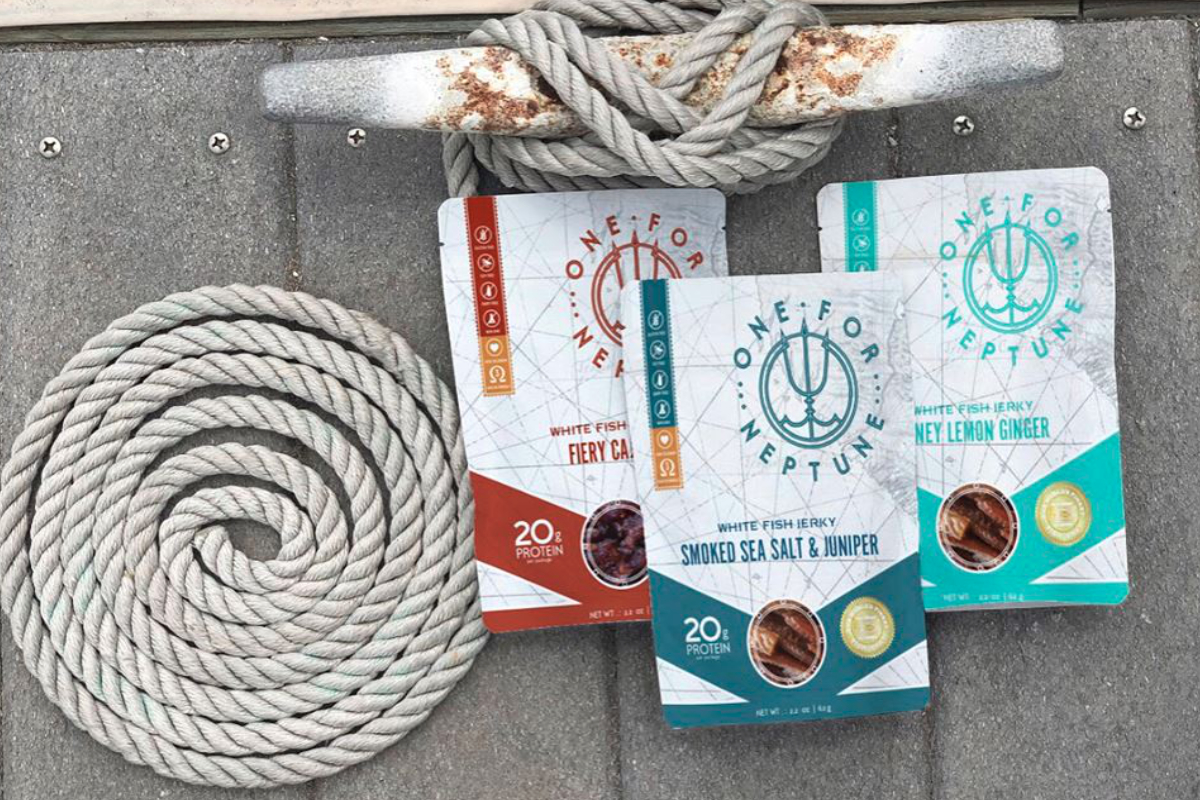 Seafood is the top internationally traded food commodity, and yet the industry is fraught with fraud, waste and other challenges, said Nicolas Mendoza, the Santa Fe-based founder and CEO of OneForNeptune. A marine scientist, Mendoza launched his business to address inefficiencies in the seafood supply chain.

OneForNeptune offers a range of white fish jerky, which features the taste and texture of beef jerky but with more protein and omega-3 fatty acids and less saturated fat. Flavors include honey lemon ginger, smoked sea salt and juniper, and fiery Cajun.

The wild-caught white fish are traceable to small-scale fisheries on the West coast.

“Seafood fraud and mislabeling presents a huge risk to personal health, the environment and social welfare and livelihoods of thousands if not tens of thousands of people around the world,” Mendoza said. “Our model allows sea-to-packet guaranteed traceability for every consumer. They can use a QR code and catch batch number on the packet to trace the product back to the fish, fisher and fishery it came from.”

He pointed to a broader seafood renaissance happening across the country, driven by trends such as poke bowls, seaweed and a shellfish “revolution.”

His product feeds a consumer desire to increase seafood consumption while tapping into the need for convenience and healthier snack options, specifically in the $3 billion meat snack category. 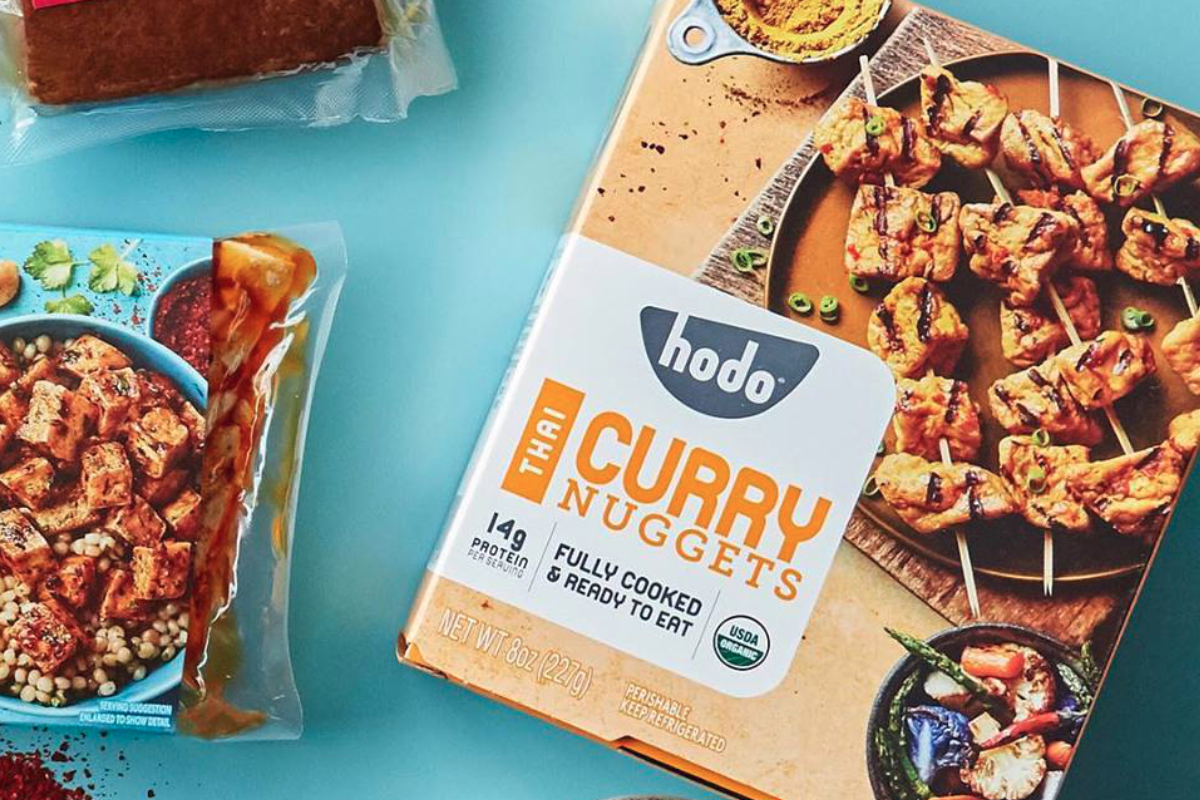 Tofu is not a new idea, but it remains a big idea, said Minh Tsai, founder and CEO of Hodo Soy, Oakland, California.

“We’ve been (in the plant-based space) for about 2,000-plus years, but we don’t call it plant-based back in Asia,” Tsai said. “Plant-based as a category in the US has been growing tremendously... It’s obviously not new, but it’s definitely unprecedented in terms of the growth of the category.”

Demographic shifts play a role in driving growth of plant-based foods, he said.

He launched his company in 2004 with the mission to make a better tofu than what was available in the marketplace.

“We jokingly call it Tofu 2.0,” Tsai said. “To do that we had to introduce the convenience factor … which we did by making a lot of prepared dishes. We also recognized there’s a lot of myths out there that we really need to bust and to really reeducate people about tofu.”

“All of the ingredients you know, minimally processed, very artisan, the same way tofu has been made for thousands of years, and we try hard to reduce salt, sugar, any ingredients that people are looking to reduce,” Tsai said.

The products are available in more than 3,000 retail locations.

“This is the second iteration of tofu,” he said. “What’s great is it’s now very much part of the plant-based conversation, and it’s growing.”