We use cookies to provide you with a better experience. By continuing to browse the site you are agreeing to our use of cookies in accordance with our Cookie Policy.
Home » Taco Bell makes grand entrance in London

LONDON – The sound of Big Ben’s Westminster chimes usually ring out throughout London every 15 minutes, but thanks to construction on the tower the chimes have been silent for over a year. But on Nov. 19, Taco Bell, which will open its first location in the Hammersmith district on Nov. 23, recreated the Westminster chimes to surprise Londoners.

“Restoring Big Ben’s bell with our bell was the perfect way to introduce ourselves to London in a way only Taco Bell can,” said Marisa Thalberg, Taco Bell Global Chief Brand Officer. “We don’t take ourselves too seriously and have been known to play a prank or two. We hope our unique twist on Big Ben’s chimes brought surprise and humor to Londoners; this was our little arrival gift as we gratefully show up on London’s doorstep.”

London is one of the restaurant’s most requested cities to bring the brand to. Following the opening of the first London location on Nov. 23, the restaurant is set to open in the Holborn neighborhood of London on Nov. 30, in Croydon in December and in Fulham in early 2019. 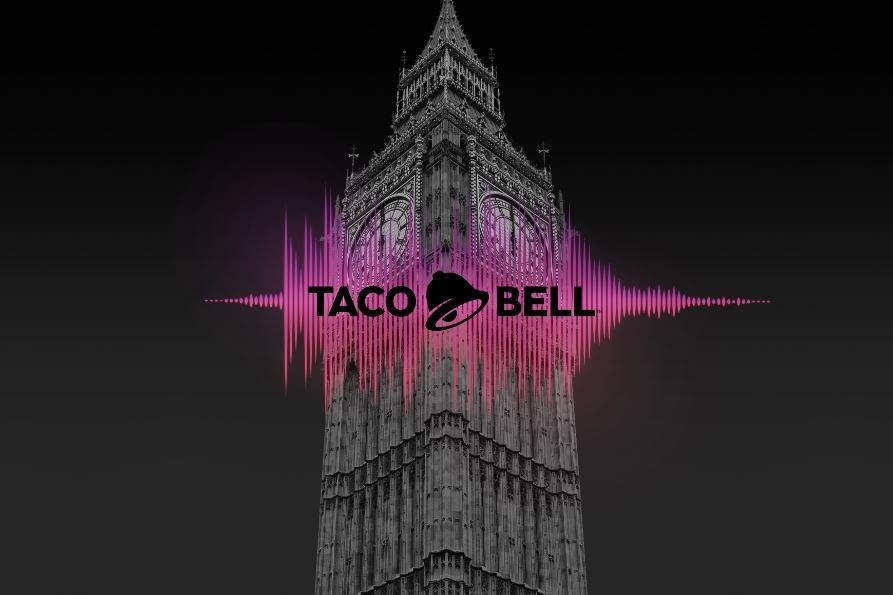 "We've had our sights set on London for quite some time, and as we continue growing internationally, we're excited to bring Taco Bell to one of the world's largest cities – and one of our most-requested markets," said Liz Williams, president, Taco Bell International. "We've seen an overwhelmingly positive response to our UK restaurants, and have ambitious plans for growth in London and the broader UK, targeting more than 30 UK restaurants by the end of the year."

The brand worked with an audio engineer to compose the chimes out of Taco Bell's iconic bell. Chimes were blasted through parametric speakers attached to rickshaws and other objects in the area surrounding Big Ben on Nov. 19.

The new London restaurants will feature modern designs, open-kitchen concepts, artwork from local artists, complimentary WiFi and outlets for charging devices. Menu items will include classics from Taco Bell's US menu, UK specific items such as churros with dipping sauces, Twisted Freezes, beer and specials such as happy hours.