We use cookies to provide you with a better experience. By continuing to browse the site you are agreeing to our use of cookies in accordance with our Cookie Policy.
Skip To Content
Home » USDA: Weighing the impact of calorie counts on menus

USDA: Weighing the impact of calorie counts on menus

WASHINGTON — Posting calorie information on restaurant menus may be beneficially influencing food choices throughout the day, according to the US Dept. of Agriculture (USDA).

The department discussed research pointing to benefits of the new rules a few months after federal regulations took affect requiring restaurants part of a chain of 20 or more locations nationwide to post the calorie content of all standard items on menus.

“New National Menu Labeling Provides Information Consumers Can Use to Help Manage Their Calorie Intake” was published in the Oct. 31 issue of Amber Waves. The article was written by Brandon Restrepo and Travis Minor, economists with the Economic Research Service (ERS).

The Food and Drug Administration has estimated that the new menu labeling regulations would affect 298,600 retail food establishments, organized under 2,130 chains, in the United States.

Even though the principal purpose of the regulations was to help consumers make informed eating decisions at restaurants, the USDA said the information’s impact may extend to food choices and behavior throughout the day. In fact, the economists concede that once a consumer enters a restaurant, it’s unlikely they will choose to leave if they discover desired menu items have higher calorie counts than desired. 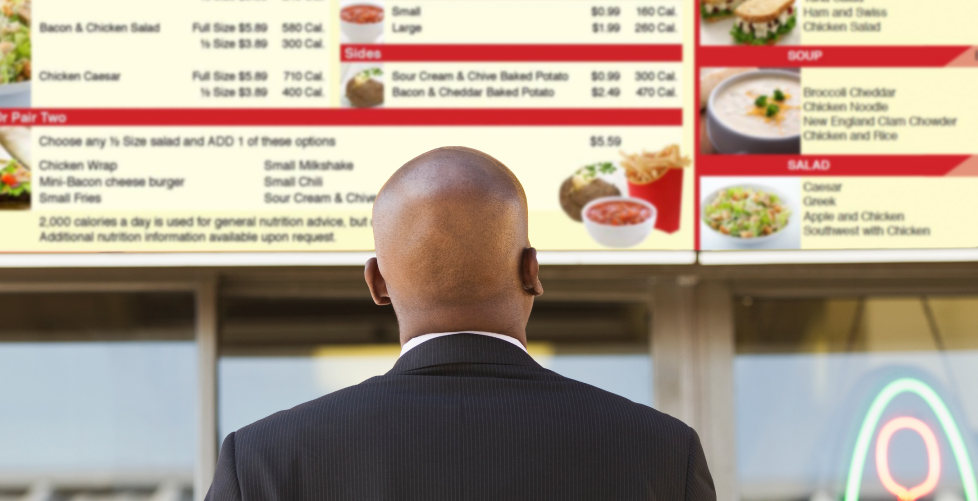 “It is likely that consumers will still order food from the restaurant; however, what happens after this transaction has not largely been explored,” they said. “Perhaps, to compensate for indulging at the restaurant, individuals will have a lighter meal later in the day.”

“Calorie intake on a single day provides only a snapshot of consumers’ dietary behavior, so the analysis made use of an average of two self-reported, nonconsecutive, 24-hour dietary recall interviews in an effort to estimate more typical caloric intake,” the economists said. “The researchers also controlled for demographic and socioeconomic characteristics as well as interview-related factors (e.g., whether an adult’s calorie intake information refers to a weekday or weekend).” 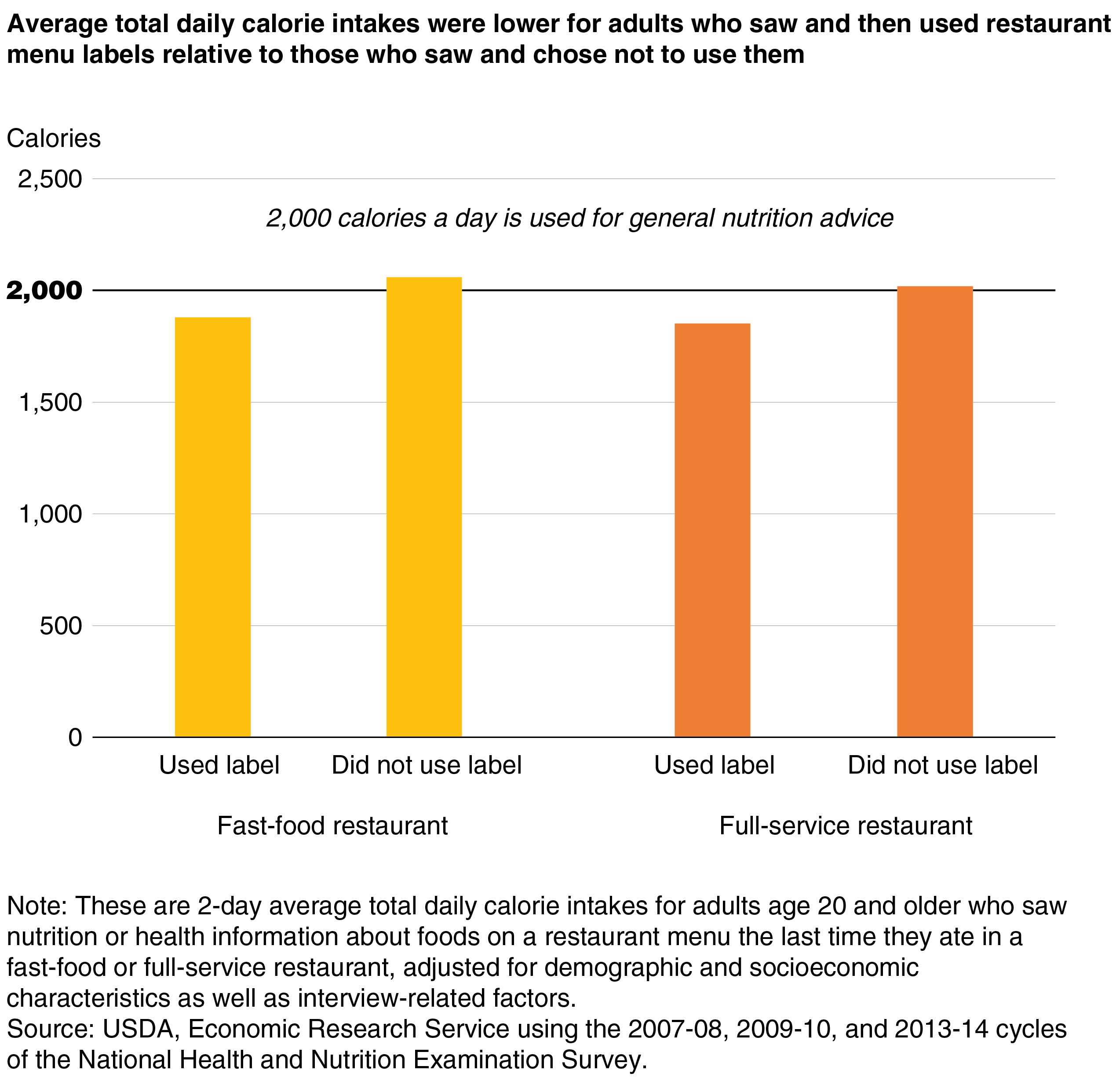 The study was not meant to examine whether a causal relationship exists between menu label use and caloric intake. The research did show restaurant menu label users consume fewer total calories per day than do nonusers, separate from demographic and socioeconomic characteristics as well as interview-related factors.

“The ERS researchers found that fast-food restaurant menu label users consumed about 180 fewer total calories per day than nonusers,” the economists said. “They also found that the total daily calorie consumption of users of menu labels in full-service restaurants was lower by about 167 calories than that of nonusers.”