Consumers’ insatiable appetite for protein shows no signs of abating. With the right ingredient, it is possible to boost the protein content of meat and poultry products to give consumers more of what they want. And, when it comes to increasing the protein content of packaged meals and prepared meat and poultry — everything from breakfast sausage patties and meatloaf to the gravies and sauces that top them — research shows that defatted chicken protein is preferred.

A national market study of US consumers regarding trends in high-protein foods and beverages was conducted in December 2017 by Cypress Research, Kansas City, Missouri, and was sponsored by

“Statistically, a high-protein product health claim is significantly more important to fitness enthusiasts (64 percent) and healthy/actives (57 percent) than those that are not particularly active (41 percent),” says Marjorie Hellmer, president of the research firm. “High protein is also more important than other product health claims to middle (56 percent) and older-age adults (53 percent) than younger counterparts (46 percent).” 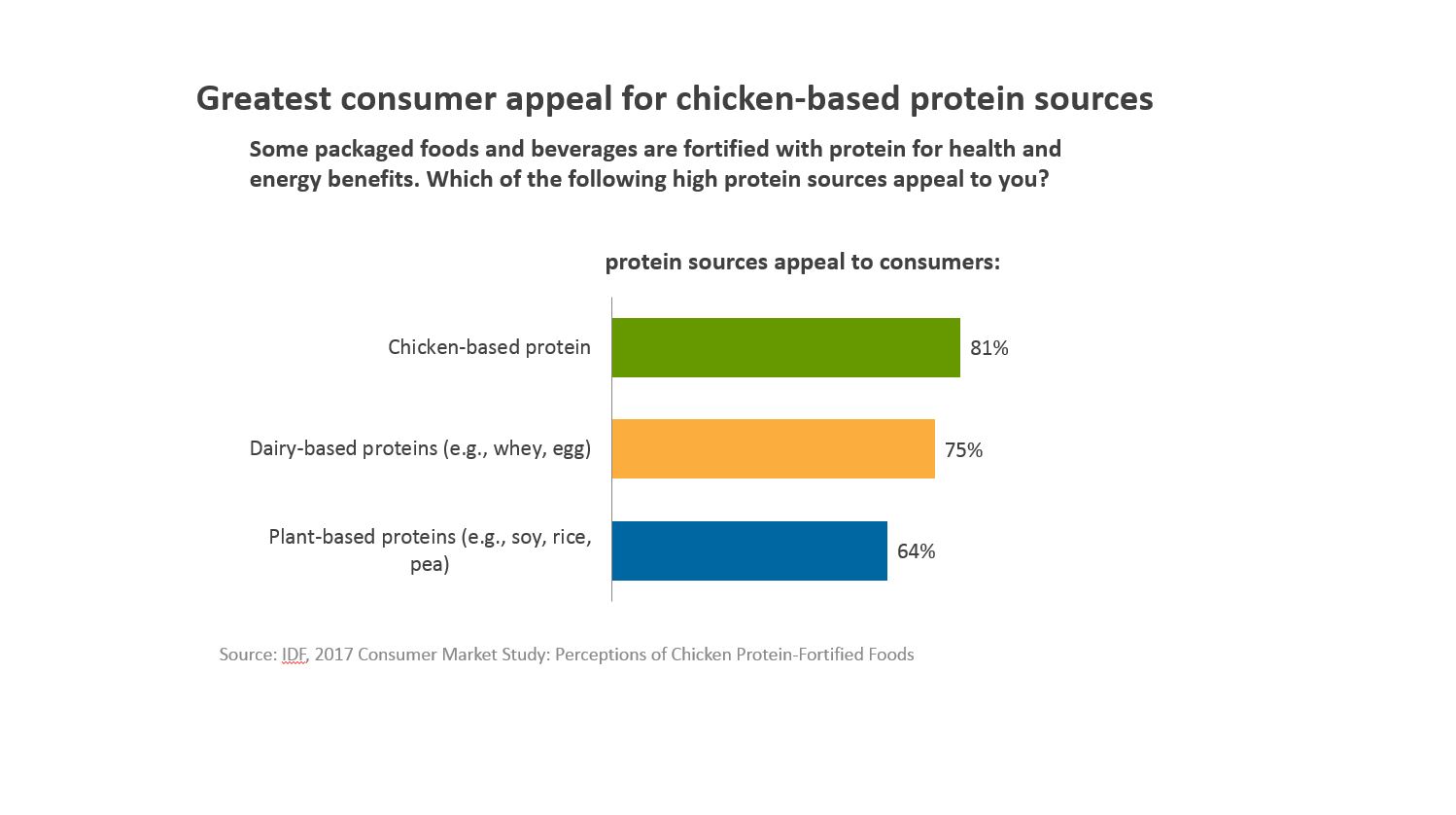 The survey explored traditional sources of protein, as well as newer, emerging options, including a growing range of plant proteins and chicken-based protein.

Regarding specific products, approximately half of consumers would definitely buy soups and ready-to-eat meals fortified with chicken protein. About 40 percent would definitely purchase chicken-fortified meat-filled pastas and gravies/food sauces.

What’s the appeal? Chicken protein isolate powder is a concentrated source of complete protein made from real chicken. This fast-absorbing, highly digestible dehydrated, defatted protein also contains no carbohydrates and is non-allergenic.