We use cookies to provide you with a better experience. By continuing to browse the site you are agreeing to our use of cookies in accordance with our Cookie Policy.
Skip To Content
Home » Cracker Barrel reports soft same-store sales in Q4 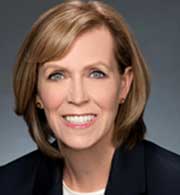 “The softer sales trend we saw in May persisted throughout the quarter, leading to fourth quarter results that fell below expectations,” said Cracker Barrel President and CEO Sandra B. Cochran. “Our traffic was challenged, particularly with lighter users and during the dinner daypart, some of which was attributable to our menu and marketing promotion not delivering the anticipated topline traffic and sales.

“While our results did not meet our expectations, I am confident that our initiatives and plans for fiscal 2019 will drive improved performance.”

Cracker Barrel reported total revenue of $3.0 billion for fiscal 2018, up 3.6 percent over 2017 results. Adjusted for the 53rd week, total revenue increased by 1.6 percent.

Comparable store restaurant sales for the year increased 0.6 percent which included a 2.5 percent increase in average check that was partially offset by a 1.9 percent decrease in store traffic. Comparable store retail sales eased 0.1 percent for the fiscal year.