We use cookies to provide you with a better experience. By continuing to browse the site you are agreeing to our use of cookies in accordance with our Cookie Policy.
Home » Hormel announces executive changes

Walsh began her career with the company in 1999. She has held positions of increasing responsibility in the areas of supply chain, category management, customer account leadership and product management. Walsh currently is director of Albertsons and Safeway business for CPS.

She is credited as a “…driver for the advancement of women within CPS and throughout the company” through her service in Hormel’s Women’s Insight Network from the employee resource groups’ inception. She has been an active member of the Network of Executive Women for more than 15 years, and she recently was named co-chair of the Boise, Idaho, chapter that she established.

“Natosha is well prepared to assume Kurt's responsibilities and has earned a reputation for being a customer-focused leader,” said Deanna Brady, group vice president of consumer products sales at Hormel Foods. “I look forward to Natosha providing leadership and bold thinking to the sales organization.” 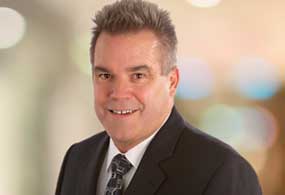 “Kurt has been a strong leader in the CPS organization, driving growth and providing mentorship to our sales teams throughout our business. We congratulate him on a great career and wish him all the best in his upcoming retirement,” said Jim Snee, chairman of the board, president and CEO at Hormel Foods.