We use cookies to provide you with a better experience. By continuing to browse the site you are agreeing to our use of cookies in accordance with our Cookie Policy.
Home » Dunkin’ Brands signs multi-year agreement with ‘mobile wallet’ provider

Already partners since 2012, the new agreement provides Dunkin’ Brands a perpetual license to CardFree’s software that has been used to build and operate the quick-service restaurant chain’s mobile ordering and payment platform. The deal is expected to support the future digital initiatives of Dunkin’ Brands, including catering, delivery and curbside pick-up.

“Our agreement with CardFree enables us to control our own destiny with the DD Mobile App and to accelerate important digital initiatives, such as a one-to-one marketing, catering, delivery, group ordering and tender agnostic, just to name a few,” David L. Hoffman, CEO, said during a July 26 conference call to discuss second-quarter results. “CardFree has been a great partner for us, and we hope to work closely with them on other initiatives in the future. Ultimately, we believe this deal will allow Dunkin’ to deliver the highest level of customer satisfaction and convenience of any brand in the QSR industry and is a key component of the NextGen store.”

Alongside the announcement that Dunkin’ has extended its relationship with CardFree, the Canton-based company released its results for the second quarter ended June 30. Net income totaled $60.5 million, equal to $0.73s per share on the common stock, up 18 percent from $51.1 million, or $0.56 per share, in the same period a year ago. Revenues also improved, increasing nearly 5 percent to $350.6 million from $334.2 million.

At Dunkin’ Donuts US, segment profit climbed 3 percent to $119.6 million in the second quarter, while sales improved 4.2 percent to $157.4 million.

During the second quarter system-wide sales at Dunkin’ Donuts US grew 4.6 percent and same-store sales increased 1.4 percent, representing the highest quarterly comps since the fourth quarter of fiscal 2016. Hoffman attributed the strong results to the company’s “relentless focus” on executing its Blueprint for Growth strategy and on delivering on quality food and beverages, compelling value, speed and convenience. 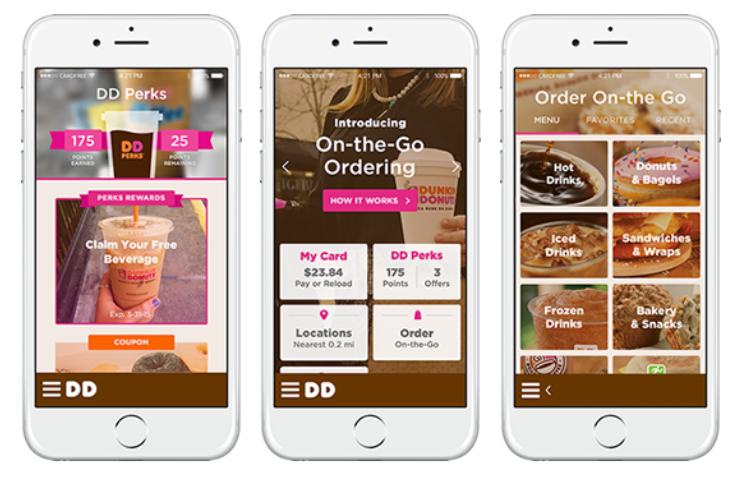 “In April, we launched our first-ever national value platform Go2s, which ran through the entire quarter alongside other premium-priced new food and beverage offerings,” he said. “Over 75 percent of these breakfast sandwich transactions contained a beverage, demonstrating the power of compelling value when combined with our beverage-led positioning.”

Hoffman said Dunkin’ will continue to test various constructs of Go2s at the local level while pushing different national value offers throughout the second half of 2018.

Other initiatives in place at Dunkin’ include the launch of the brand’s next national value platform: the Dunkin’ Run. 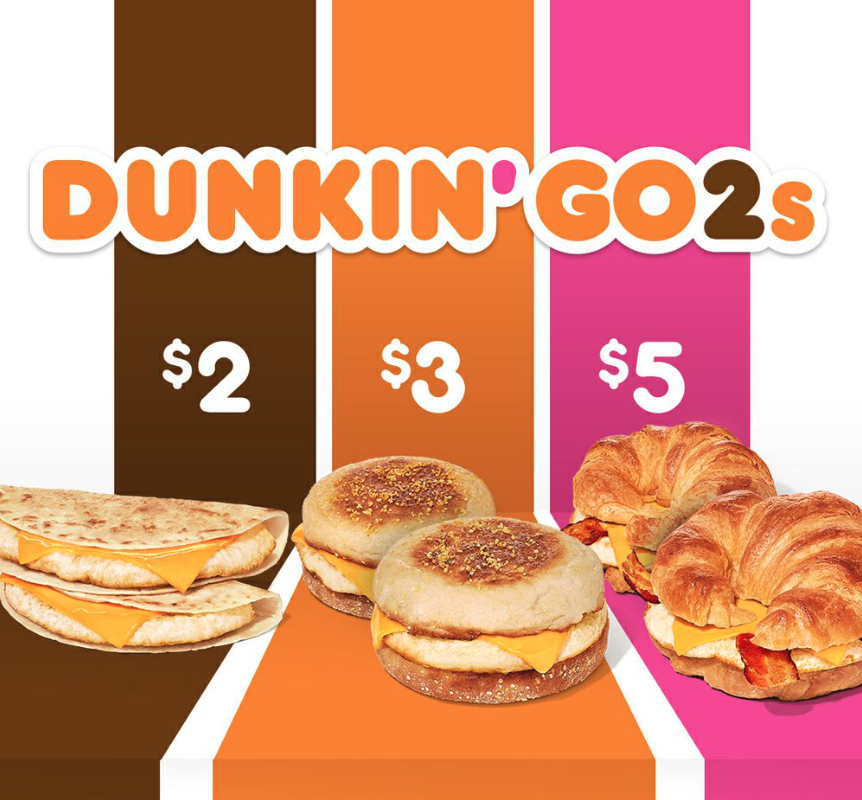 “This $2 snacking menu is also aimed at reinvigorating the afternoon daypart, an important priority for us long term,” he said. “In May, we kicked off summer with a $2 offer on small Coolattas and also featured fun, new Cosmic flavor innovation. We are successfully building a robust frozen beverage platform with products like the Cosmic Coolatta showcasing our fun personality.”

The second quarter was the first full quarter that Dunkin’ offered its simplified menu across the United States, and Hoffman described the effort as a “huge success.”

“Streamlining our menu and removing some of the more complex lower velocity products was a direct investment in creating a better environment for the people who work hard to serve our guests in a fast and friendly manner,” he said.